Was a request for SA players' early IPL return made or acted on? 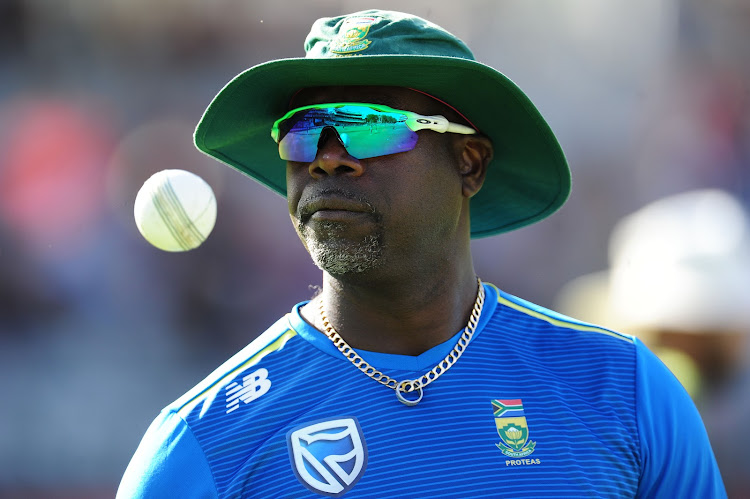 South Africa wanted key players back early from the Indian Premier League (IPL) to prepare for the World Cup‚ but were bullied into backing down.

Now cricket-minded South Africans will wonder if that’s why Kagiso Rabada will go to the tournament nursing a back injury.

TimesLIVE is informed that the request for the players’ early return was made by Ottis Gibson to Cricket South Africa (CSA) five months ago. This has been denied by CSA.

Gibson apparently wanted his charges back by the first week of May — later than England and Australia withdrew their stars from the IPL but well ahead of Sunday’s final‚ and a decent chunk of time before England and South Africa clash in the World Cup opener at the Oval on May 30.

Gibson’s request was‚ sources say‚ forwarded to CSA’s chief executive‚ Thabang Moroe‚ and then acting chief operating officer‚ Naasei Appiah‚ to put to their counterparts in the Board of Control for Cricket India (BCCI).

The BCCI’s response was to threaten to cancel three one-day internationals they had mooted playing on their tour to South Africa in December 2021 and January 2022‚ when they are scheduled for three Tests and as many T20s.

The lucrative offer might have been too good to refuse for CSA‚ whose losses are in the millions and counting.

CSA denied this version of events‚ with a spokesperson saying flatly: “That’s not true at all.”

As for Gibson asking for his charges to be home early‚ their reponse was: “We are not aware of such a request made to the executive.”

But there was an admission that smaller entities in global cricket like CSA are helpless to stop the BCCI from getting their way.

“Our understanding is that‚ as is the case with New Zealand‚ the Windies‚ etcetera‚ we as CSA do our best to assist our players in maximising their IPL income‚” the spokesperson said.

“It is only Australia and England who can afford to pull their players out.”

Cricket Australia have been known to pay their players‚ particularly fast bowlers‚ to not sign up for overseas competitions.

The England Cricket Board have taken the opposite approach. At least until 2018‚ their players‚ whose home season coincides with the IPL for the first five weeks this year‚ were required to pay their counties 1% of their annual salaries for each of the first 21 days of the season they aren’t around and 0.7% for each day of absence after that.

Neither option is open to CSA‚ who don’t have the money to take the Australian approach and dare not demand penalty payments from their players lest they retire to become T20 or Kolpak mercenaries.

Indeed‚ given their financial situation CSA can hardly afford to anger the IPL‚ who pay the relevant national board a fee for each foreign player used in the tournament.

The four members of Australia’s World Cup squad who were involved in this year’s tournament had played their last games by April 30.

The English were ahead of the curve‚ pulling out their five World Cup players by April 25.

But Chennai Super Kings’ Faf du Plessis and Imran Tahir and Delhi Capitals’ Chris Morris are still in India and on hand for the qualifier between those teams in Visakhapatnam on Friday.

The winners will travel to Hyderabad for Sunday’s final‚ where they will meet Mumbai Indians — who will bank on Quinton de Kock for a big innings.

Either two or three South Africans are likely to leave Hyderabad in the early hours of Monday morning to fly to Delhi and from there to Dubai and on to South Africa’s World Cup camp in Cape Town‚ which starts on Sunday ahead of the squad’s departure for England on May 19.

All those air-miles won’t make the relatively not rested Du Plessis feel better about Rabada‚ who returned home after hurting his back playing for Delhi Capitals on April 28.

Apparently the franchise were less than keen to release the fast bowler‚ who went home only after the intervention of the South Africa team’s physiotherapist‚ Craig Govender‚ who was in Delhi at the time.

Rabada’s recovery‚ which South Africa team manager and doctor Mohammed Moosajee on Tuesday said needed up to three weeks‚ would seem to put him in danger of missing the World Cup opener.

Would he have been spared all that had he been English or Australian?