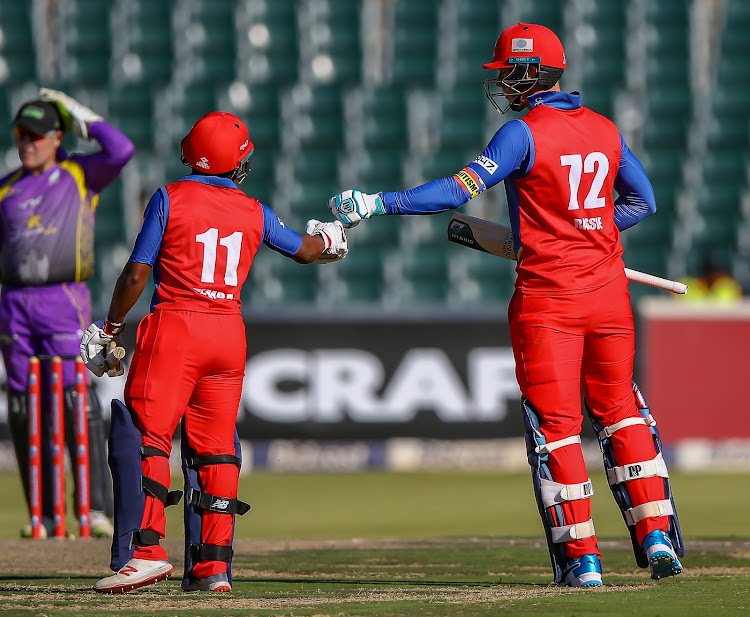 The Lions became the first team to chase down more than 159 runs in a day game at the Wanderers on Wednesday to sweep aside the Dolphins and earn the right to host the domestic T20 final on Sunday.

Rassie van der Dussen and Temba Bavuma entertained the few fans in attendance with some crisp power batting to steer the Lions to a crushing eight-wicket win over the Dolphins with some eight balls remaining.

World Cup-bound Van der Dussen scored the winning runs and top scored for the Lions with a breath-taking 69 off 49 balls which included three maximums and five boundaries.

Lions’ captain Temba Bavuma at the other hand played a supporting role to Van der Dussen as he narrowly missed out on his half century with an unbeaten 45 off 32 balls.

The win means the Lions earn the right to host the tournament’s final match at the Wanderers on Sunday.

After winning the toss and sending their visitors in to bat first‚ the decision looked to be backfiring as the Dolphins raced to an opening partnership of 54 between openers Vaughn van Jaarsveld (47 off 34 balls) and Morne van Wyk (32 off 23 balls).

But the Lions got the breakthrough they so much needed when Van Wyk was first to depart at the start of the seventh over as Bavuma and Ryan Rickelton combined brilliantly to run him out.

Wiaan Mulder then got in on the act shortly after when he got rid of Cody Chetty (6 off four balls).

Khaya Zondo was next to depart after scoring just four from seven balls to leave the Dolphins at 73 for five at the halfway mark – a good position from which to launch an assault for a competitive total.

But the Dolphins lost their way and their wickets at regular intervals in the middle overs to allow the Lions to wrestle the match back in their favour.

94 for four became 101 for five and quickly worsened to 105 for six for the visitors as the Lions played some incredible cricket.

Dwaine Pretorius struck in his first over to dismiss Senuran Muthusamy (10 off eight balls) and was also responsible for the departure of Sibonelo Makhanya (three off four balls) as the Dolphins’ middle order crumbled and failed to accelerate the innings.

Andile Phehlukwayo gave the Dolphins some momentum momentarily with a score of 25 off 18 balls and when he departed‚ bowled by Lizaad Williams‚ Robbie Frylinck and Keshav Maharaj took over and steered the visitors to a competitive 163 for eight.

It looked a par score given that 169 is the average score in a day game at the Wanderers. Frylinck raced to 13 off 13 balls before Williams struck again for his second wicket with Maharaj dazzling with his 21 off just nine balls.

In reply‚ the Dolphins got off to a dream start when Daryn du Pavilion produced top quality fast bowling to dismiss Reeza Hendricks early on to leave the Lions on 24 for one.

When Rickelton fell cheaply to Du Pavilion after scoring 35 off 19 balls to leave both openers back in the dugout and the Lions on 53 for four‚ the Dolphins were smelling blood but that was as much as they could achieve under the baking Highveld sun.

The Lions will play the winner between the Warriors and Cobras match in East London which started at 16h30.