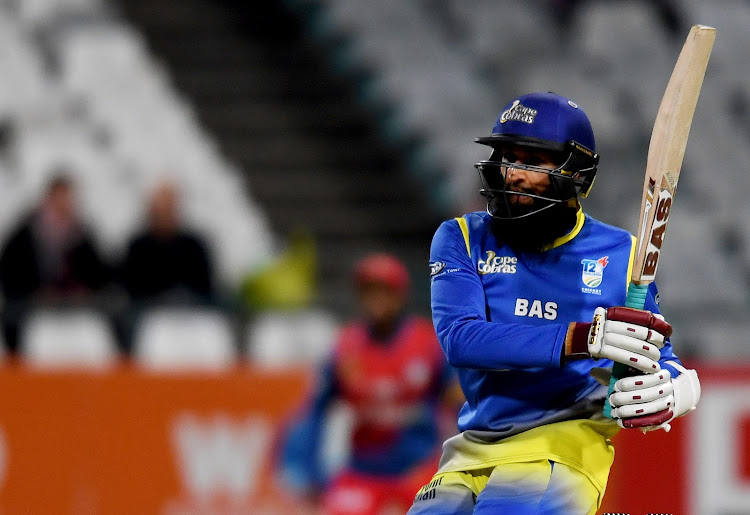 Hashim Amla won’t bat in a competitive match before the World Cup in England next month.

The South Africa stalwart‚ who has been trying to balance his playing schedule with being with his critically ill father‚ on Saturday pulled out of the Cobras’ remaining games this season.

But he committed himself to the World Cup cause in a Cobras release on Saturday.

“I have opted not to make myself available for selection for the … Cobras for the remainder of the … T20 Challenge‚” Amla was quoted as saying.

“I express my sincere gratitude to the Cobras coaching staff and team for the game time over the last three weeks‚ given the circumstances.

“Ultimately‚ I want to use the remaining time before the … World Cup to fine tune my batting and prepare for the tournament.”

The Cobras play their last league match against the Dolphins at Kingsmead on Sunday.

Currently second on the log‚ the Western Capers are assured of a semi-final on Wednesday or Thursday and — having lost only three of their nine games — will be confident of reaching next Sunday’s final.

So‚ whatever the Cobras’ scenario‚ Amla will have to spend time away from his family at what has‚ is and will still be a difficult period.

He has scored 92 runs in his eight innings in the tournament with a best effort of 32 — a far cry from the leading light he has been for every team he has played for in a senior career that started in October 1999.

Amla could next be in action in South Africa’s World Cup warm-up match against Sri Lanka in Cardiff on May 24.

Two days later they play another warm-up against West Indies in Bristol before taking on England at the Oval on May 30 in the tournament opener.