Note to all armchair World Cup selectors: clam up and wait for Thursday 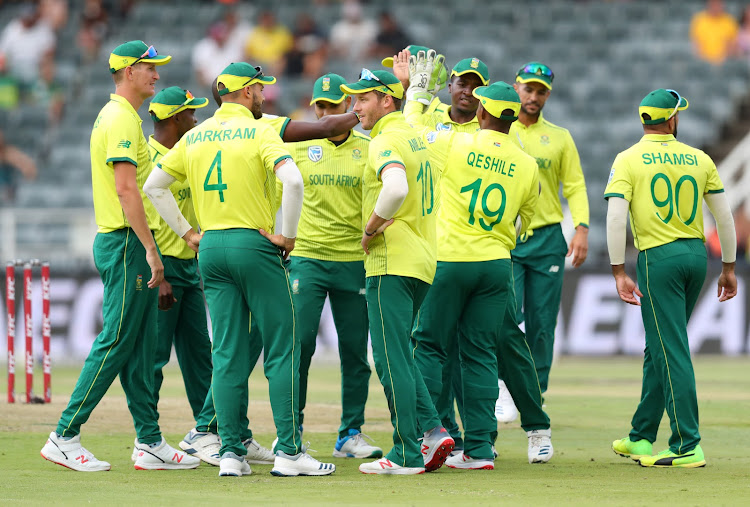 To ‘Hash’ or not to ‘Hash’? Who’s the first-choice allrounder? How about the back-up fast bowler?

Since you ask‚ the obvious answers are‚ in order: hell yes‚ Andile Phehlukwayo and Anrich Nortjé‚ fitness permitting.

This reporter’s opinion is final and he will entertain absolutely no correspondence on the issue.

Besides‚ all will be revealed at 1pm on Thursday when South Africa announce their World Cup squad.

But that means there’s still time for the legion of cricket tragics out there to bore the rest of us to golf with their tedious arguments in favour of or against the picking of particular players. And they are all tedious.

Here’s some harsh but fair news for those sad people: what you think does not matter.

All of you clam up and push off and come back on May 30‚ when England and South Africa play the opening match of the tournament at the Oval.

Then we can talk about the facts of the matter but‚ like it says above‚ nobody cares what you think. Capiche?

The good news is that Hashim Amla played his first game in more than a month on Sunday and the less good news is he didn’t exactly shoot the lights ...
Sport
2 years ago

In that vein‚ all sorts of contrived nonsense has been written about Amla’s form when the fact is he scored a century and a half-century in his most recent five innings in the relevant format.

Also factually‚ South Africa have won seven and lost only three of the ODIs in which Phehlukwayo has batted at No. 7.

On top of that he’s also the only player to be deployed in that role in South Africa’s ODIs this year. So take the hint already‚ tragics.

Nortjé bowled up a storm in the ODI series against Sri Lanka‚ taking eight wickets at 18.75 and an economy rate of 4.76.

Only Kagiso Rabada‚ Imran Tahir and Phehlukwayo have taken more wickets in ODIs for South Africa this year and‚ among bowlers who have played more than one game in the format in 2019‚ only Lungi Ngidi has a better average and only Tahir and Ngidi have better economy rates.

So‚ if Nortjé will be over his shoulder injury by the start of the World Cup‚ he has to be on his way to England.

But don’t take this reporter’s word for it. Like the rest of us‚ what he thinks also doesn’t matter.