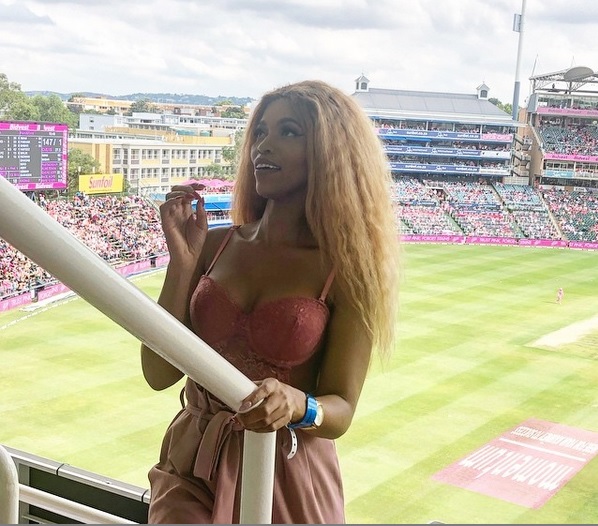 Former 5-FM presenter Poppy Ntshongwana during pink drive campaign for a bit of cricket and an excellent cause that raised over a million rand for Breast Cancer Awareness.
Image: INSTAGRAM/Poppy Ntshongwana

The Lions struck a blow for gender equality on Monday by naming a woman as the Wanderers’ new public address announcer.

But they also shot themselves in the foot by making the news public in a release tainted by language that could be construed as sexist and misogynist.

“The beautifully bright and bubbly Poppy Ntshongwana will be the voice you’ll hear when present at the [Wanderers] this season‚” the statement started‚ adding that Ntshongwana‚ a former 5fm presenter‚ “understands the game of cricket”.

Men involved in cricket in similar capacities are never subjected to frivolous personality descriptions and would not have their knowledge of the game defended as if it was anticipated that their expertise would be questioned.

Asked for comment‚ Lions chief executive Greg Fredericks said: “I raised this with our marketing manager [Wanele Mngomezulu] and he informed me that the person in question approved the press release.

“I do not think the intention was to be offensive or sexist but I have asked our marketing manager to be sensitive to all when he drafts such releases.”

The statement was disseminated by Cricket South Africa (CSA)‚ who were asked if that meant they endorsed its contents.

“We send releases on behalf of all our unions because we have a wider reach with our media database‚” a spokesperson said.