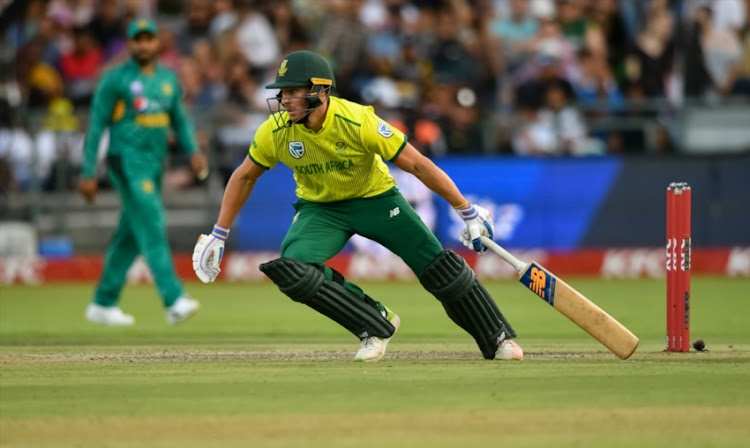 Miller claimed four catches and two direct-hit runouts to earn man-of-the-match honours in the first match of the series at Newlands on Friday, when South Africa won by six runs.

“Giving David a leadership role is another way that we are broadening our leadership resources within our respective squads,” a CSA release quoted selection convenor Linda Zondi as saying.

“David has a wealth of experience and is a well-respected figure within the Proteas environment. The last two matches will be an opportunity for us to grow potential leaders for the future.”

Miller has captained teams in 11 games at senior level, notably leading Kings XI Punjab in six games in the 2016 IPL.

Faf du Plessis, South Africa’s appointed captain in all three formats, and who has missed only 14 of the 42 games his teams have played since the start of last year, said after Friday’s match that he had been rested for the rest of the series.

CSA also said Beresford Williams had been elected vice-president at what it called a “special annual general meeting” in Cape Town on Saturday.

The decision was to have been made at CSA’s regular annual meeting in Johannesburg in September, but the board failed to do so after weeks of intense and at times ethically questionable lobbying.

Oupa Nkagisang and Tando Ganda, the North West and Border presidents were also in the running in September.

Jack Madiseng of Gauteng and Eastern Province’s Donavan May were elected CSA non-independent directors on Saturday.