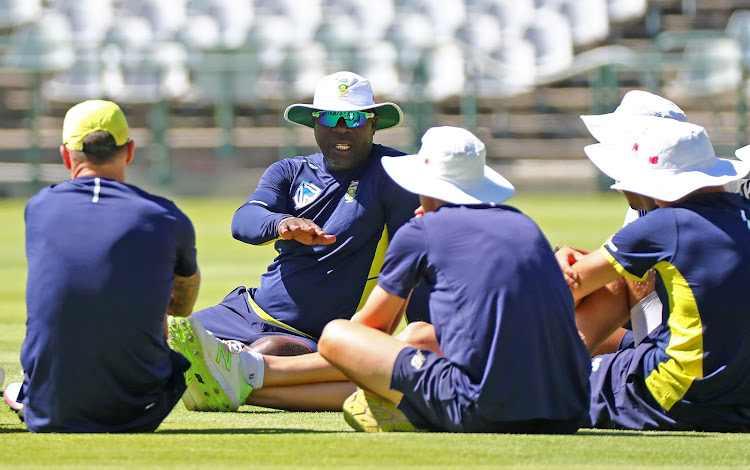 Ottis Gibson’s record‚ particularly in the red ball format‚ may be impressive but he may not be around as national coach after the World Cup which ends in July.

As things stand the premise on which Gibson was appointed – to win the World Cup – still applies until the board of Cricket South Africa (CSA) rules otherwise.

Gibson‚ however‚ has brought stability‚ particularly to the Test team with South Africa winning seven series at home in a row‚ of which the last five came under the Bajan’s stewardship.

Since his arrival the team’s overall record stands at 11 wins out of 15 Tests‚ suffering two defeats each to India and Sri Lanka.

His record in white ball cricket is less impressive with South Africa winning 12 of their 20 ODI’s.

Still‚ under Gibson the team has won four out of five series.

“When the board hired Ottis‚ it was purely to win the World Cup.

"As it stands his contracts states he has to win the World Cup‚” reminded CSA chief executive Thabang Moroe.

Moroe added‚ however‚ that he was satisfied with the results Gibson‚ a former West Indies head coach and England bowling coach‚ has produced.

“We have won most‚ if not all our matches because of a strong bowling unit.

“I have had a few phone calls encouraging me to speak to the board to see if they haven’t changed their mind.

“I will do as asked and see what the board has to say.

"As things stand we haven’t sat as the board and I haven’t spoken to anybody. I can’t force a decision down Ottis’s throat or the board’s throat.”

Moroe was loath to say whether he would recommend a contract extension for Gibson.

“I run the operations of Cricket South Africa‚" he said.

"If I give my opinion I’m pushing the board into a corner‚ or I would push Ottis into a certain corner.

"I would rather like to sit with Ottis first to see whether he is interested in continuing to ply his trade in South Africa and how he sees the cricketing future of South Africa.

“I can then take those views with me when I see the board. Before I give my opinion I would first like to sit with Ottis and then the board.

“You probably know how I feel given what I’ve said about the gentleman‚” said Moroe.