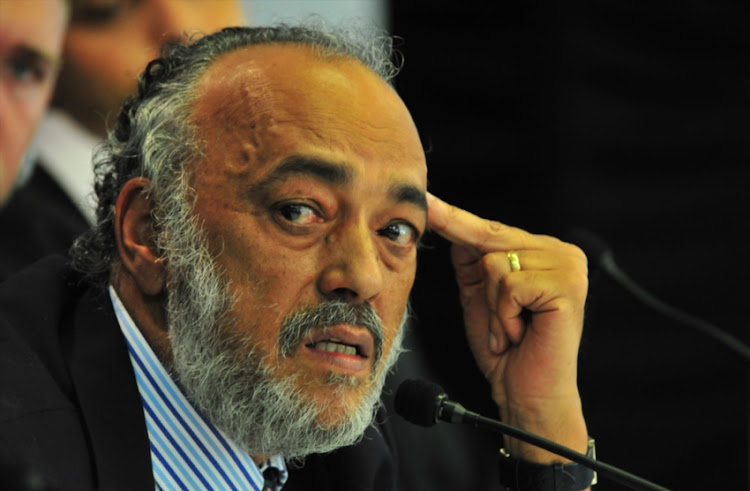 Qaasim Adams was on his way out of professional cricket before a hot November night in Oudsthoorn, when he effectively ended his career by brandishing a gun in the company of his teammates.

Sources say Adams had no intention of using the weapon, and it is not known whether the gun was loaded. It appears he has not been criminally charged, but he has not escaped censure by former players who are unhappy with how the episode has been dealt with by the Western Province Cricket Association (WPCA).

The incident happened on the evening of November 9, the second day of WP’s three-day game against South Western Districts.

That day, in an innings of 198 balls in which he spent more than four hours at the crease, Adams notched up 108 in his 11th first-class century.

Adams’ effort was almost half WP’s total of 229 in which no-one else had reached 30.

But that didn’t spare him being ribbed by his teammates as the old man of the side, which rang true for the 34-year-old father of three.

Allegedly Adams left the gathering to go to his room, returned with a firearm and, according to one source, “scared the other players with it as a joke”.

There was, the source said, no altercation between Adams and his teammates: “There was no argument, no anger, no pointing of the gun at anyone. Other players thought the gun might not be real and handled it themselves.”

But one of them, Givon Christian, took exception and complained.

“[Adams] said it was in jest but Christian said he was traumatised,” another source said.

It took three weeks for the story to emerge, which culminated in Adams being suspended for 12 days “of provincial activity” according to a WPCA release. He remains free to play club cricket.

The sanction was derided on social media, where former first-class player Kenny Jackson referenced the Australian ball-tampering scandal when he wrote: “Scuffing a ball — one-year ban; pointing a gun at a teammate — six-match ban? Either the world's gone loopy, or there are different rules for different people.”

But the WPCA say they have acted responsibly.

“You don’t play with a gun, not even a toy gun,” WPCA chief executive Nabeal Dien told TimesLIVE on Tuesday. “We felt we couldn’t ignore it. We’ve effectively taken his season away.

“There’s one fixture [for WP] left by the time he is back and we may not select him for that game.”

The South African Cricketers’ Association’s (SACA) role was limited, according to chief executive Tony Irish: “We can’t really get involved because both [Adams and Christian] are members, so it would be a conflict of interest.”

Irish said SACA had helped Adams arrange legal representation. His lawyer did not immediately respond to a request for comment.

Adams might have been more severely dealt with had a written complaint been lodged and followed through, not least because pointing a firearm — loaded or not — is an offence under South African law.

“There was no official written warning,” Dien said. “There was a legal process and a plea bargain.

“The charge was bringing the game into disrepute, and he actually got a heavier sentence than most players who are found guilty on that charge.”

A source said the saga had put paid to any future Adams hoped to have in the professional ranks: “No-one is going to contract him. He’s been a tricky customer wherever he’s been.”

In a first-class career that started in November 2007, Adams has played 36 games for the Cobras and WP, 25 for the Titans, 44 for the Titans and Northerns, and one each for the Lions and South Africa A.