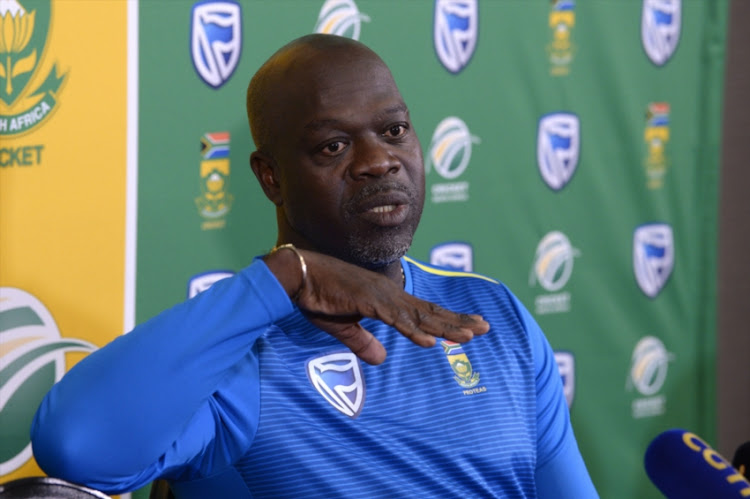 Proteas coach Ottis Gibson was reluctant to single out player of the series Duanne Olivier as the man who made the difference in the 3-0 whitewash over Pakistan and instead credited their success to team effort.

The fast bowler ended the series as the leading wicket-taker with an impressive 24 scalps and he was a constant threat to the Pakistani batsmen who struggled to cope with his consistent pace and bounce.

South Africa beat Pakistan by 107 runs in the third and final Test match at the Wanderers to leapfrog England and New Zealand into second spot on the ICC Test rankings. The defeat saw Pakistan slip one place below Sri Lanka to seventh.

“From our point of view‚ Olivier got a lot of wickets but our dressing room is not a one-man show.

"You can see by the performances that we had‚ Hash (Hashim Amla) in this game was as much the difference as Quinny because he scored the runs in both innings.

"In the second innings he allowed Quinny to play the way he did to get a hundred.

"Yesterday‚ when Kagiso Rabada and Quinny put a partnership of more than 70 he scored around 20. Those little partnerships are the ones that have put us where we are today to win the series 3-0.”

However‚ Gibson was full of praise for Olivier and admitted that his match-winning performances gives him and the selectors a headache for the coming two-match Test series against Sri Lanka.

“When I first got here‚ he played against Bangladesh and once everybody is fit‚ how do you fit them all in because we have so many good fast bowlers‚” Gibson said.

Gibson also confirmed that they will have to find an opening to rest Kagiso “KG” Rabada. He added that spinner Keshav Maharaj‚ who did not play in this series‚ is still part of the plans.

"He is taking wickets‚ doing great work for the team and what we have done in the last 12 months is to look for opportunities to rest people. We will find an opportunity to rest him for sure.

“With regards to Keshav‚ he knows that he is still part of the plans and he understands his role and the bigger picture.

"While he did not play against Pakistan‚ he is still part of the series and his turn will come when we go to Durban and Port Elizabeth against Sri Lanka.

"Those are places where spinners get into the game a little bit more and I am sure that his name will come up.”