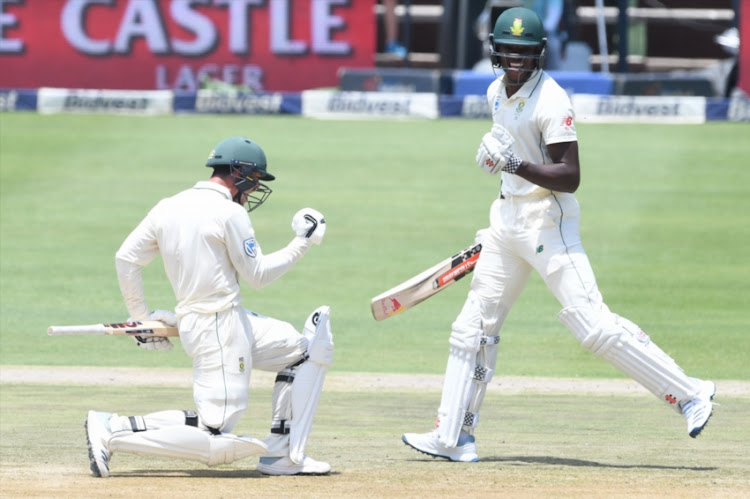 Proteas batsman Quinton de Kock registered his fourth Test century and his first in two years after lunch of day three before South Africa were bowled out for 303 to leave Pakistan needing a mammoth 381 runs to win this final and third match.

De Kock scored a calculated but stylish knock of 129 off 138‚ which included 18 boundaries and one maximum‚ and he also shared notable partnerships of 102 with Hashim Amla and 79 with Kagiso Rabada.

De Kock is a usually reserved individual who hardly shows emotions but this century meant a lot to him as he was animated during his celebrations before he was congratulated by partner in the middle Rabada.

His wicket was the first to fall after lunch when he was caught by Hassan Ali at deep mid-wicket as he tried to find the boundary from the bowling of Khan Shedab. Pakistan did not have too much trouble in wrapping up the tail as soon as he departed.

The fine catch by captain Sarfraz to dismiss Olivier gave him a Pakistan record and the 10th dismissal in a match to beat the previous mark of nine by Rashid Latif against New Zealand in Auckland in 1993 and Kamran Akmal against West Indies in 2004.

When tea arrived‚ Pakistan were on 34/0 after seven overs and still needing 347 runs to win with openers Shan Masood and Imam-ul-Haq on respective scores of 16 and 18.

They will be targeting to bat as long as possible in the final session in the chase of this gigantic target.