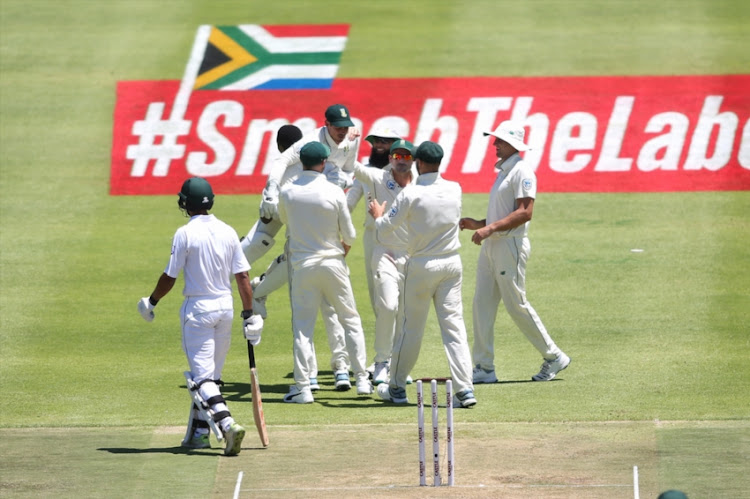 Under the cosh Pakistan captain Safraz Ahmed made a return to form when he crafted a gritty half century to keep South Africa momentarily at bay on the first day of the second Test here on Thursday.

Safraz’s rear guard action was however undone on the cusp of tea as Pakistan slumped to 177 all out in 51.1 overs.

Earlier Safraz helped stop the rot with a gritty 56 before he was caught behind by Quinton de Kock off Duanne Olivier leaving the Pakistan tail exposed in the overs leading up to the break.

Safraz who had bagged a pair in the previous Test in Centurion, kept the lower middle order together after striding to the crease with his team in real peril on 54/5 a ball short of the 20th over.

He struck nine fours before he was caught behind, while Yasir Shah and Muhammad Abbas also made their way back to the pavilion which required the start of the tea break to be extended with the fall of the ninth wicket.

By then the Pakistan innings had been reduced to farce after South Africa won the toss and elected to bowl.

Olivier continued where he had left off in Centurion bowling with hostility, especially when he pitched it short of a length. He did that for most of the day and the Pakistan batsmen spent most of the time on their toes trying to ride the steep bounce.