Cheer up Keshav Maharaj - it could have been worse 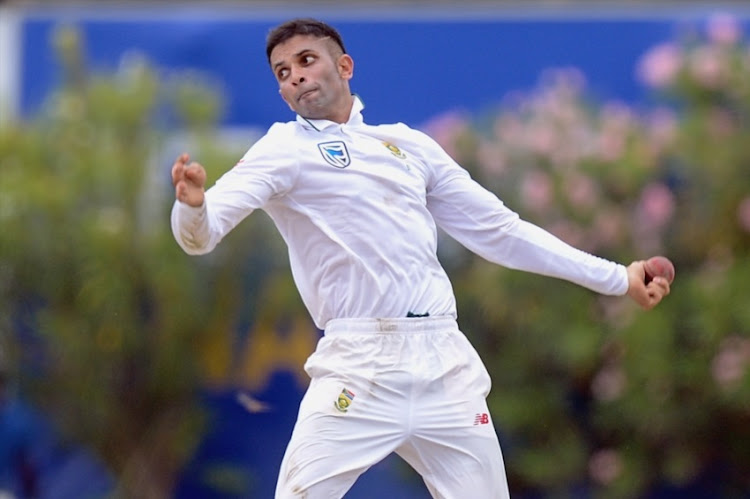 Keshav Maharaj is a good humoured young man who is probably not at all bothered about being left out for the second Test against Pakistan at Newlands on Thursday.

At least‚ outwardly. But when he is safely behind the door of his hotel room he might let his guard down and punch a pillow. Or two. Or three. Even four.

But how come one spinner is too many for an international cricket team?

Maharaj will have heard‚ from senior figures in the dressing room‚ about simply being the right horse on the wrong course. Bad luck mate.

He will have been reassured that his place is not in any way under threat‚ that he remains South Africa’s first-choice spinner.

For the sake of the three-Test series it had been hoped that Pakistan could close the gap on South Africa in the second Test here on Thursday.
Sport
3 years ago

And he probably believes it. What choice did he have when an all-pace attack reduced the Pakistanis to 54/5 inside 20 overs and then dismissed them for 177 in two sessions? But he doesn’t have to like it.

Newlands harbours the least South African of all South Africa’s Test pitches. Overhead conditions can make the ball swing like on old-fashioned jazz band‚ but the surface tends to show empathy for all who play on it.

Plodders and pyrotechniacs with the bat‚ fast bowlers fabulous‚ fastidious and fair‚ and spinners of every sort: all have their role to play on those 22 yards of justice.

So‚ why no Maharaj?

After he’s punched as many pillows as he wants he might feel a little better about things to know that it could have been worse.

In four innings of the 32 previous Tests at Newlands since readmission South Africa’s selected spinners have been selected and then left to stew in their sweaters — not called on to turn an arm over‚ not even for the traditional over before an interval — while the quicks took all the wickets.

A few eyebrows were raised when South Africa captain Faf du Plessis won the toss and opted to bowl‚ but by lunch on the first day of the second Test ...
Sport
3 years ago

Twice‚ against Sri Lanka in January 2001 and Zimbabwe in March 2005‚ the spurned spinner was Nicky Bojé.

He was Imran Tahir against Australia in November 2011 and Robin Peterson against New Zealand in January 2013.

Mercifully‚ then‚ Maharaj can go to bed knowing he wasn’t sent out there as a specialist fielder.

Captains will protest that they are hardly going to toss the ball to a slow poisoner when the fast bowlers are rattling through a line-up‚ and they’re right. But still …

At that point Maharaj should stop thinking and turn out the light. Because if he dwells further on the subject he might remember that South Africa won all four of the matches in which they sidelined their spinner for an entire innings.

And won them properly: three by an innings and three in three days. Against the Zimbos all deeds were done inside two days.

Under the cosh Pakistan captain Safraz Ahmed made a return to form when he crafted a gritty half century to keep South Africa momentarily at bay on ...
Sport
3 years ago

Paul Harris stands alone as South Africa’s only spinner to claim a five-wicket haul at Newlands since the end of isolation.

It put Harris among Shane Warne‚ Saeed Ajmal and Harbhajan Singh as the only spinners to celebrate five wickets in an innings in Cape Town in the modern era.

Harris’ career-best 6/127 against Australia in March 2009 completed a haul of 9/161‚ which is also his best performance in a match.

Thing is‚ he got through 42.5 overs of hard work in the second dig for his half-dozen scalps. Of the other five bowlers used only Dale Steyn sent down more than 20 in an innings of 121.5. The captain was Jacques Kallis‚ which perhaps explains why he bowled only 10.

Harris wouldn’t have hit any pillows that night. Maybe once: with his head.