Who will emerge victorious in the Mzansi Super League final showdown? 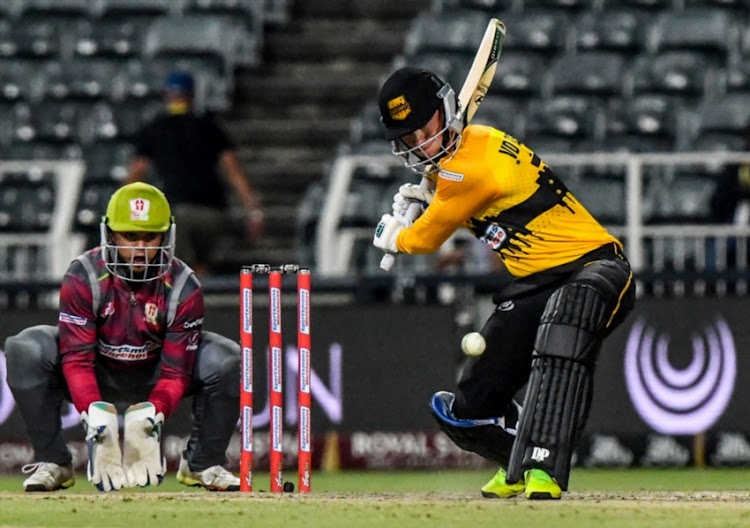 Cape Town Blitz coach Ashwell Prince says the team that manages to handle pressure the best in Sunday's Mzansi Super League final will be the one that triumphs.

The Cape Town Blitz and Jozi Stars were the best teams in the tournament and they are the deserving finalists.

They'll meet in the tournament's first show-piece game at Newlands in Cape Town on Sunday afternoon.

The Blitz topped the log and earned the automatic home final but in the closing stretch of the tournament‚ the Stars were asking serious questions.

By virtue of finishing second‚ the Stars qualified for the final when Friday's eliminator against the third-placed Paarl Rocks was rained out.

“Both teams have powerful batting line-ups and good bowling so at the end of the day‚ it's all about pressure.

"If you can create pressure for the opposition and try to sustain it for a long enough period‚ hopefully you can force some mistakes from them‚” Prince said.

“We did that first in Johannesburg where we batted first and posted a substantial total and we created some pressure with the ball and they couldn't live with it.

The Tshwane Spartans spectacularly failed to impress in the inaugural Mzansi Super League (MSL) because they could not build momentum‚ according to ...
Sport
2 years ago

"When they played here‚ the situation was reversed so at the end of the day‚ that particular word will come up and it's all about that.

"It's about how you deal with those moments.”

Stars captain Dane Vilas played a large part of his South African franchise cricket for the Cape Cobras and understands how to deal with Newlands' conditions.

Vilas said they have the ability to cope with the pressure of a final because of their experienced team.

“There is a lot of pressure going into a final of this inaugural league but in saying that‚ I've played in a lot of finals. I know it's a different level and a different name.

"Having played in the Ram Slam final‚ I know I can take that experience of that tournament but some of our guys have played in semi-finals and finals throughout their careers and have a lot of experience‚” Vilas said.

“We've got guys like Dan Christian who's played in plenty of finals.

"There are guys who have played in domestic semi-finals and finals in our team and we'll use all our experience in the best way that we can.”

Blitz captain Farhaan Behardien said the team whose bowling attack holds its nerve better is the one that's going to pull through.

Six of the top 10 tournament wicket-takers are playing for the teams.

“It's a fair reflection that the top two sides are in the final.

"The bowling attacks are strong. Duanne Olivier is the top wicket-taker in the tournament and Kagiso Rabada is bowling well.

"Simon Harmer isn't what you call their trump card but he's a bit of a surprise. He hasn't played a lot of white ball cricket but he's done very well‚” Behardien said.

“Nono Phongolo has been a wily customer and been around for a long time‚ but our attack is also very strong.