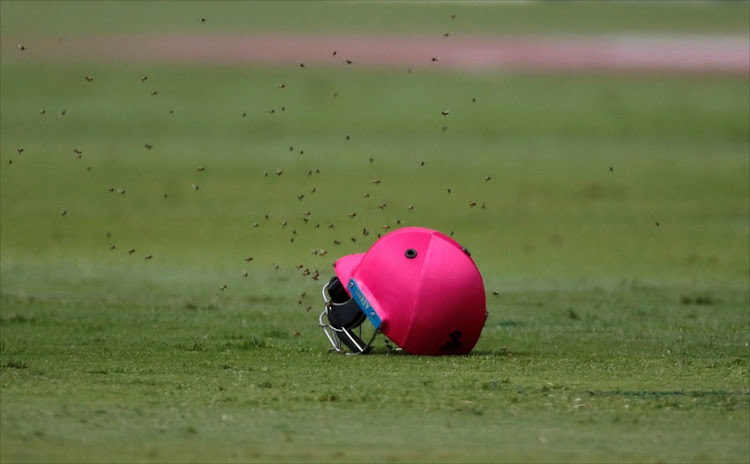 A cricket helmet during a match.
Image: TimesLIVE

A senior University of Johannesburg cricket club manager could find himself in hot water with the law after a charge of assault was laid against him by a colleague.

TimesLIVE understands the incident took place at one of Stellenbosch University's outer fields on the morning of Tuesday, December 4. UJ were going to play against the University of Pretoria at the venue later in the day.

It is alleged that the manager initially choked and strangled Makalima. An eyewitness said some players tried to intervene, and the manager eventually stopped.

TimesLIVE understands the incident took place in front of the whole team and management. TimesLIVE can also confirm that Makalima laid a charge that Tuesday evening, and is in possession of the case number.

Western Cape Police spokesperson Sergeant Noloyiso Rwexana confirmed the incident had taken place and that the matter had been reported to the police.

“A common assault case was opened for investigation following an incident that occurred on December 4, 2018, at 8am at Van Der Stel Sports Grounds, Du Toit Street, in Stellenbosch,” Rwexana said.

“According to reports the complainant was with his cricket team as a head coach at the parking lot at the mentioned address when he was assaulted by the suspect. No one has been arrested so far.”

UJ's director of sport Nomsa Mahlangu said they were aware of the incident and their processes would be followed to get to the bottom of the matter.

“Yes I am aware. Every employer has a code of conduct for staff and as a university, we will follow the code of conduct to the letter. All processes are going to be followed pertaining to that incident,” Mahlangu said.

“It would be appreciated if the media could give the university a chance so that all the processes that we have can unfold. After we've concluded the process, you'll be informed of the decision.”

CSA spokesperson Koketso Gaofetoge said they were only made aware of the incident after it had taken place, and that it wasn't initially reported to them.

“We were made aware of the incident way after it had taken place and it was not reported to the organisers [Cricket South Africa]. The matter is now in the hands of the University of Johannesburg. CSA’s own disciplinary code would be applied should incidents of this nature be reported to us,” Gaofetoge said.

The club manager said the matter had been reported to the police and that he wouldn't be able to comment any further..

“I'm not going to give my side of the story. The incident did take place and it's been reported to the police. It's a pending investigation with the police and that's all I can say at this time,” he said.