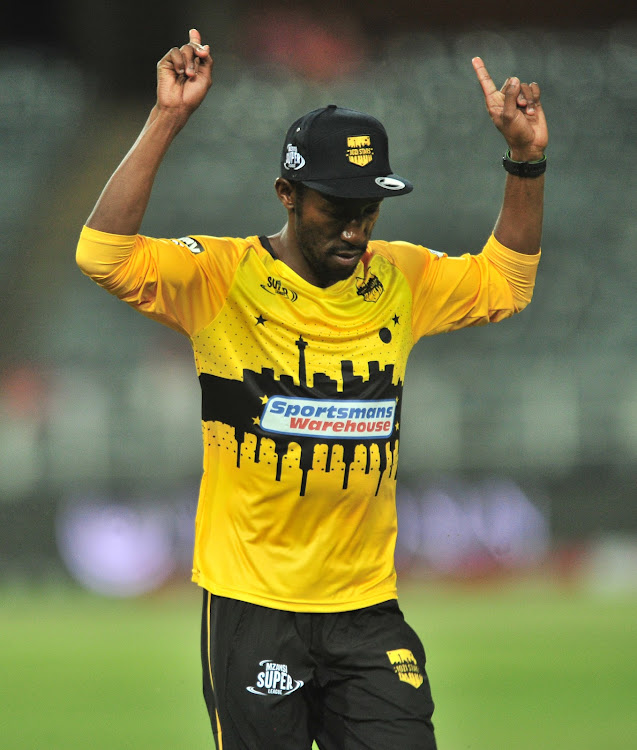 The Jozi Stars broke all sorts of Mzansi Super League records with a swashbuckling all-round display as they shot down the Tshwane Spartans by 101 runs at the Wanderers Stadium on Tuesday night to nail down a home playoff spot.

Man of the match Nono Pongolo produced the best bowling performance of the tournament, also his career best, as he grabbed a magnificent six wickets for just 20 runs in his four overs to rock the Spartans’ middle order.

Daniel Christian and tournament top run scorer Rassie van der Dussen starred with the bat as the Stars made light work of their visitors from Tshwane as they took the match away from the visitors with a 118-run partnership off just 43 balls to steer the Stars to 239 for three.

Stars’ openers Ryan Rickelton (45 0ff 30) and Reeza Hendricks (20 off 17) started off well and scored 39 runs before the latter was removed by Corbin Bosch.

Rickelton followed in the 10th over as Stars looked well on course for a big score at the halfway mark. Van der Dussen, who leads with 405 runs owns the highest number of sixes (22), saw his stunning 96 off 44 balls take him ahead of Quinton de Kock at the top by three runs.

Kagiso Rabada was promoted to number four and covered himself in glory with 21 runs off just 11 balls as he looked in an imperious form for a fast bowler.

He departed in the 13th over to bring Christian to the crease and the Australian, alongside Van der Dussen, was in a destruction mood.

Christian (52 off 19) scored the fastest half-century of the tournament while Van der Dussen came just four runs short of registering his maiden century in this tournament.

The Spartans’ run chase got off to the worst possible start as they lost four wickets inside the opening five overs. Andrea Agathangelou (10 off 7) was first to go in the third over and Dean Elgar (7 off 7) followed him three overs later to stumble to 24 for 2 and bring to the middle captain AB de Villiers.

The man dubbed “ABD” needed to play out of his skin if the Spartans were to get anywhere closer to their target but the talented batsman could only last two balls.

De Villiers faced the last ball of the third over and defended it to retain the strike. The next over was to be bowled by Rabada the world best fast bowler had De Villiers caught cheaply at backward point to leave the Spartans teetering at 72 for four.

With De Villiers gone, the Spartans’ hopes were dashed despite England captain in the shorter formats Eoin Morgan (33 off 26) offered some resistance.

There were four ducks for the Spartans and only three batsman managed to reach double figures as they crashed to a 101 runs defeat. The Spartans will now have to thoroughly beat the Durban Heat in their last match at home to eliminated Durban Heat to stand a chance of a spot in the playoffs.