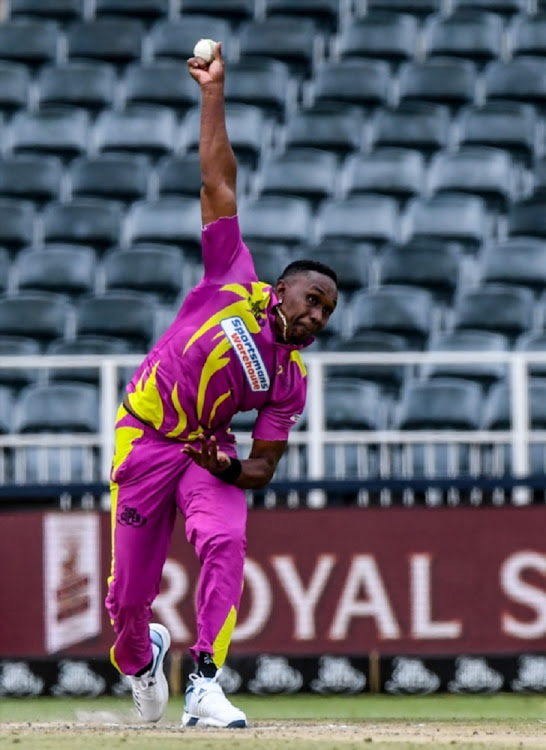 The final of the inaugural Mzansi Super League extravaganza will be played at Newlands in Cape Town after second-placed Jozi Stars were beaten at home by Paarl Rocks in a thrilling match at the Wanderers in Johannesburg on Sunday.

Faf du Plessis and Grant Thompson scored sparkling half centuries for the Paarl Rocks to steer the Paarl-based side to a win over the Jozi Stars and in so doing boosted their hopes of clinching a playoff spot.

Du Plessis (61 off 34) and Thompson (71 off 55 balls not out) put on solid match-winning fourth wicket partnership of 120-runs that laid the foundation for a successful run chase after the Stars could only make 170 for six in their 20 overs.

The Rocks won by six wickets with three balls to spare as they posted 172 for four to leave the Stars stagnant in second place on 24 points after nine matches.

The result means leaders Cape Town Blitz‚ who are six points ahead of the Stars with one Pool match to play‚ have an unassailable lead at the top on 30 points and will host the final regardless of what happens in their last match at home to bottom side the Durban Heat in Sunday’s later encounter.

With the win‚ the Rocks moved to fourth with 17 points and boosted their playoff chances.

The Stars’ premier run-getters and openers Chris Gayle and Reeza Hendricks again failed to get out of their blocks in a terrible batting display from the Johannesburg side with only three batsmen reaching double figures.

After winning the toss and sending the hosts to bat‚ the Rocks got off to a convincing start with Kerwin Mungroo the pick of the bowlers as he removed both Gayle and Hendricks to dim the Stars’ start to their innings.

Mungroo‚ who conceded just 29 from his four overs‚ also accounted for the dismissal of Pete van Biljon.

Rassie van der Dussen came in with Stars having lost two early key wickets and fought a lone battle with a half century of his own.

He scored 83 off 55 balls and had his captain Dane Villas (23 off 23) for company to give their innings a brief momentum.

But when Villas saw his middle stump flying off the bowling of Tabraiz Shamzi‚ Van Biljon (8 off 8) and Daniel Christian (6 off 4) offered little resistance and were soon sent packing to bring to the crease Duanne Pretorius‚ whose 28 off 17 pushed the Stars’ total to 170 for six.

The Rocks’ run-chase started well and they raced to 19 for one after two overs before Olivier struck twice in quick succession to remove Aiden Markram (3 0ff 6) and Cameron Delport (15 off 9).

Du Plessis and Thompson came together for the fourth partnership and it was their stand that was vital to set up the win by six wickets with three balls to spare.

Thompson scored the winning runs and finished with an impressive return of 71 off just 55 balls.