Zondi picked Hamza with an eye to Proteas’ seniors near retirement 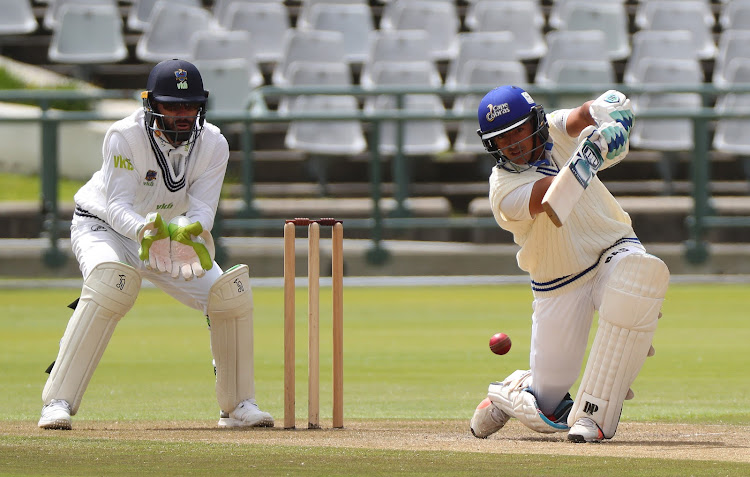 Proteas national convenor of selectors Linda Zondi said the establishment of a viable succession plan informed his decision to pick Cape Cobras youngster Zubayr Hamza in the Test squad for the Pakistan series.

Because it is in its second term‚ he won’t be able to continue to serve in the capacity‚ from where he said it’s important that he leaves the squad in better depth shape to cope with the retirements that will change the shape of the Test team.

Zondi may be onto something as Faf du Plessis (34) and Hashim Amla (35) are expected to call time on their careers at some juncture after the World Cup.

The same is expected of Vernon Philander (33) and Dale Steyn (35) post the World Cup but Zondi has already put plans in place to fill these gaps.

“I can’t be leaving the Proteas without a succession plan and you don’t want people to worry about positions being filled when senior players retire‚” Zondi said.

“I was a selector when we lost big players to retirement and I believe as a leader‚ you need to leave the organisation in a better place than that which you found it. Without a succession plan‚ no institution can survive.

“When you look at Hamza‚ the writing’s on the wall in terms of where we’re looking. Selection isn’t an isolated process‚ it’s continuous and if we had to select on statistics‚ you can get a statistician and select the team.

“There are players we’ve checked over the past two to three seasons and some have blossomed. Yes there’s been a decline in Hamza’s form this season but when he played for South Africa ‘A’‚ he dominated.

“When you look at when he played for SA ‘A’‚ the conditions in India were tough and after the World Cup. That's where we're touring.

“If you’re going to wake up after the tournament‚ then you’ve missed the mark.”

The decline Zondi referred to was the comparison in Hamza’s Four-Day Franchise series statistics in the past two seasons.

Last season‚ the 23-year-old Hamza was the fourth-highest run-getter with 828 runs at 69‚ with three hundreds and four 50s.

When he opened the batting for SA ‘A’ against Australia’s crack Test bowling attack of Mitchell Starc‚ Josh Hazlewood‚ Pat Cummins and Nathan Lyon in Benoni last year‚ he acquitted himself well with scores of 44 and 28.

In the most recent SA ‘A’ India tour in the two First-Class matches‚ he was tied fourth with Prithvi Shaw with 156 runs at 52.

Shaw has already gone on to play Test cricket for India and if it wasn't for an ankle injury would have featured in the ongoing first Test of the Border-Gavaskar Trophy between Australia and India at the Adelaide Oval.

Hanuma Vihari is another player from the India ‘A’ side who graduated to Test cricket last year.

Rudi Second was the top run-scorer for SA ‘A’ in the two unofficial Tests but being a wicketkeeper‚ his path is blocked by Quinton de Kock.

Hamza’s Cobras teammate Pieter Malan could consider himself unlucky having been a consistent run-scorer‚ with the same applying for current Four-Day Franchise series top-run-scorer Pite van Biljon (574 runs at 63.77). Malan’s hot on his heels with 492 runs at 54.66.

Zondi said Hamza has the potential of being a very good Test cricketer but the door isn’t closed on older players who are knocking hard on the door.

“Sometimes you look at a player and you see how they dominate‚ how they carry themselves and how technically correct they are and you can see this person has the potential to make a dent at the highest level. Hamza has that quality and can do well at international level‚” Zondi said.

“He can play in all formats but for now we’re looking at him from a red-ball cricket perspective and we’ll see.

“I don’t want us to be in a position where we’re playing catch-up against our contemporaries who are producing young players when we persist with older ones. If they show potential‚ we go for them and the same applies for those who are 29/30.”

Cape Cobras batsman Zubayr Hamza is the surprise selection in the Proteas' 13-man squad for the three Test series against Pakistan later this month.
Sport
2 years ago

Getting to the Mzansi Super League summit has been relatively easy for the Cape Town Blitz.
Sport
2 years ago
Next Article