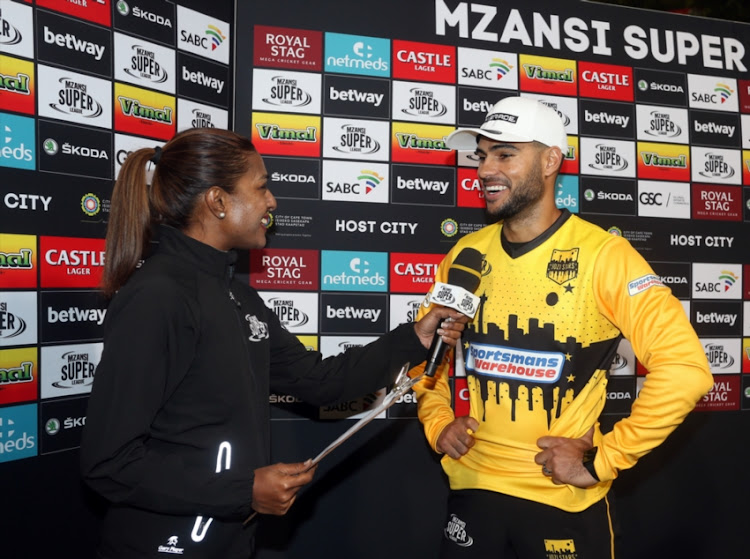 Three consecutive Mzansi Super League bonus point wins have put the Jozi Stars in a powerful position and they have Reeza Hendricks to thank for that.

After reeling consecutive tons over the weekend against Durban Heat and the Nelson Mandela Bay Giants‚ Hendricks couldn't quite get to three figures in Tuesday's handsome 50-run win against the Cape Town Blitz at Newlands.

However‚ his well-paced 48-ball 79 allowed the Stars to recover from Chris Gayle's early loss and a slow start against some good bowling to ransack 132 runs from the last 10 overs.

A chase of 197 proved to be beyond the Blitz's abilities but the Stars (20) are now only five points behind the Blitz with a game in hand.

They also have a better net run-rate but the comprehensive nature of their past three victories has put pressure on the chasing pack.

The Stars have three games left‚ two of which will be at home against the Paarl Rocks (Sunday) and the Tshwane Spartans (Tuesday) while a tricky trip to Durban to face the struggling Heat awaits on Friday.

Hendricks said they've started to gel very well but knows that the tournament is still far from done despite their game advantage over the Blitz.

“There's a good vibe in the team at the moment and I think we're gelling very nicely.

"We've got a couple of wins now so we've got some momentum. However‚ we're playing away in Durban on Friday and that's another important game for us. Hopefully we can get some points out of that one‚” Hendricks said.

“There were one or two games where we lost where we think that we should have won.

"We had some hard and deep chats about that and ever since‚ we started gelling nicely but things haven't really changed. The boys are backing each other to go out there and perform.”

Hendricks said he was happy with his current purple patch but also understands it hasn't made him jump the Cricket World Cup batting queue.

“I'd love to think that it has some impact towards it (World Cup selection) but it's a different format so I take it as it comes.

"Leading up to the World Cup is still a while away‚ so I hope I continue scoring and I think closer to the time‚ the rest will take care of itself‚” Hendricks said.