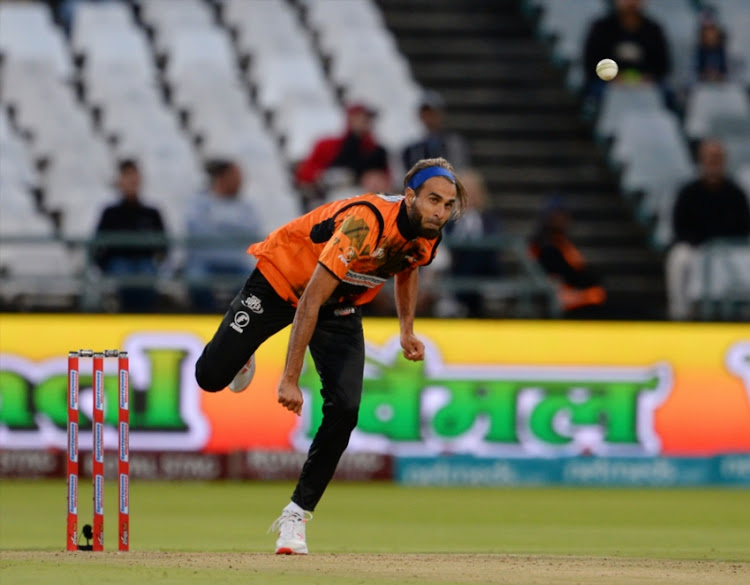 Spinners in danger of being selected for next year’s World Cup in England might want to look for something else to do for those few weeks‚ or pull a hamstring.

The conditions will enlarge the already unfair advantage over bowlers that batters have been gifted by wrong-headed playing regulations‚ and the slow poisoners seem set to be left with the important but thankless task of keeping it tight while the seamers get on with the real job.

At the last World Cup in England‚ in 1999‚ spinners were almost as scarce as uncalled leg-side wides on the lists of the top 10 bowlers.

They featured twice among the wicket-takers‚ once in the averages of bowlers who had sent down at least 20 overs‚ twice in the best bowling performances‚ once in the economy rate stakes‚ and not at all when it came to ranking strike rates.

And those spinners were either Muttiah Muralitharan‚ Shane Warne or Saqlain Mushtaq — the first‚ second and 66th highest wicket-takers in Test cricket with 1 716 scalps between them‚ or almost as many as the number of men who have taken at least one wicket in the format: 1 757.

Fast forward to the 2011 World Cup‚ played on the slow‚ turning pitches of India‚ Sri Lanka and Bangladesh.

Half the top 10 wicket-takers were spinners‚ along with four each in the averages‚ best bowling and strike rate pecking orders. Eight of the 10 bowlers with the best strikes rates‚ and who had a minimum of 20 overs‚ were spinners.

Left-arm spinner Robin Peterson played only one match in the 2003 World Cup in South Africa‚ two in the next edition of the event in the Caribbean‚ and seven in 2011 — when he was South Africa’s top wicket-taker with 15‚ followed one behind by leg spinner Imran Tahir.

It will be eight years on from all that when the 2019 World Cup starts with a game between England and South Africa at the Oval on May 30‚ and a full 20 years since the tournament was last staged in England.

Some things change: in 1999 there were no power plays and none of the massive influence T20 has and is having on the 50-over game. But other things‚ like the weather — and so the conditions — stay the same.

More or less. Closer to the truth is that England hasn’t been affected significantly enough by climate change in those 20 years to alter the way cricket is played there.

“The weather in England plays a big role‚” Claude Henderson said on Wednesday‚ a day before leaving his home in Leicester to return to his position as South Africa’s spin consultant.

“If it’s like it is now‚” he said‚ confirming that the midlands were just as bleak and wintery as London‚ and four degrees colder than the capital’s 12 degrees‚ “it’s very hard for a spinner to be a strike bowler.

“But if the sun comes out and bakes the wickets‚ they take more turn.”

That should be the case seven months from now‚ when the tournament will unfold in the full bloom of an English summer.

Henderson knows of whence he speaks‚ having played 127 first-class matches and 189 white-ball games for Leicestershire along with his 115 and 205 caps‚ respectively‚ for Western Province‚ Boland and the Cobras.

He agreed that South Africa’s spinners‚ who grow up coming to terms with unhelpful pitches and untrusting captains‚ would be better equipped next year than those from Asia‚ who are accustomed to the luxury of surfaces that do half the bowling for them.

And spinners‚ whoever they are and wherever they’re from‚ are nothing if not dedicated students of the game and readily tailor their bowling for whatever the situation demands.

So much so that Henderson‚ a fine example of the above‚ risked contradicting his own weather analysis: “Our spinners are so skilled up now that they are far more capable of striking whatever the conditions.

“Imran Tahir’s slider‚ for instance‚ takes wickets on all kinds of pitches.”

Bottomless positivity is another Henderson traits. He had enough of the precious stuff to play seven Tests and four one-day internationals — no mean feat for a left-arm spinner who was far more about flight‚ discipline and tirelessness than ripping turn and aggression.

If some of that rubs off on South Africa’s spinners at the 2019 World Cup‚ their thoughts won’t turn to faking hamstring injuries.