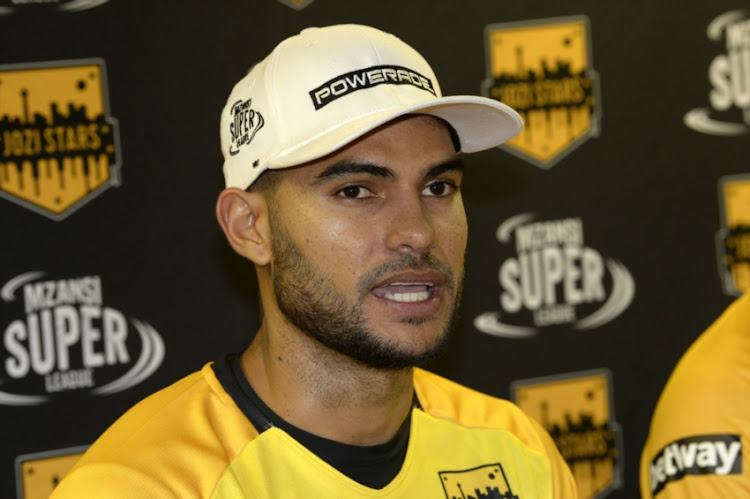 How was your weekend? Not bad‚ we hope‚ if you’re most people. But if you’re Reeza Hendricks …

Opening the batting for the Jozi Stars in the Mzansi Super League (MSL)‚ Hendricks smashed 104 against the Durban Heat at the Wanderers on Friday evening and 108 against the Nelson Mandela Bay Giants at St George’s Park on Sunday afternoon‚ both times without being dismissed.

He scored those 212 runs off 113 balls‚ hammering only four fewer runs in sixes than he did in fours. All told‚ 69.81% of Hendricks’ heap came in boundaries.

Nine bowlers who have 430 international caps in the white-ball formats were spread among the attacks he‚ well‚ attacked.

Hendricks belongs to the classy ranks of the cricketers who don’t talk themselves up — “It was my day to get the accolade but it was a good batting performance‚” he said after Friday’s game — so it was left to opposition captain Jon-Jon Smuts to sing his praises on Sunday.

“Reeza batted out of his socks‚” Smuts said.

“If you have a look at the whole scorecard‚ in both innings‚ he’s the only guy who’s really taken the game away.

“Everyone else pretty much got run-a-ball or worse.”

No-one matched Hendricks’ strike rate of 174.19 on Sunday‚ and he leads the competition in balls faced — 162 in four innings — and his average — 133.50 — is the only one in three figures. He also owns the highest score and is the leading run-scorer with 267.

But it’s the double hundreds that will hit the headlines hardest.

Not even Chris Gayle‚ modern cricket’s biggest hitter and a sucker for any T20 competition anytime‚ anywhere‚ has had centuries in consecutive T20 innings at senior level.

Not that Hendricks is the first player to accomplish the feat. He isn’t the first do so in South Africa‚ nor even the first in his country this year.

The latter distinction belongs to Marco Marais‚ who scored 103 and 106 — both undefeated‚ both in East London — for Border against Namibia and Mpumalanga in the Africa T20 Cup in September.

The first player to hit two T20 hundreds in a hurry in South Africa was another T20 mercenary‚ one Kevin bloody Pietersen‚ who made 115 not out and 100 not out for the Dolphins against the Lions and the Knights at Kingsmead and in Kimberley on November 4 and 6 2015.

Hendricks’ double-barrelled blast makes him the seventh scorer of consecutive T20 centuries‚ and it means South Africans have seen‚ first hand‚ six of the 14 tons.

Half the remaining eight were scored in county cricket‚ by Luke Wright and Michael Klinger in 2014 and 2015.

Wright wrought 116 not out and 153 not out for Leicestershire against Hampshire and Essex‚ while Klinger klapped 104 not out against poor old Essex and another 104 not out Glamorgan.

The founder of the club of clubbers was David Warner‚ who scored 135 not out and 123 not out for New South Wales against Chennai Super Kings and Royal Challengers Bangalore in the Champions League T20 in October 2011.

Unmukt Chand — owner of 105 and 125 for Delhi against Kerala and Gujarat in Syed Mushtaq Ali Trophy games played in Indore in March 2013 — is the only member who has been dismissed in the cause.

Chand‚ Klinger and Marais did it on consecutive days‚ nogal.

Hendricks’ runs helped the Stars beat the Heat and the Giants‚ which took the Stars from fifth to third place — with three wins and losses apiece — in the MSL standings.

He probably is among the “12 or 13” players Faf du Plessis has said have all but nailed down their places in South Africa’s World Cup 15‚ but performances like these won’t hurt.