Who can 'shoot the lights out' at Mzansi Super League enough to crack World Cup nod? 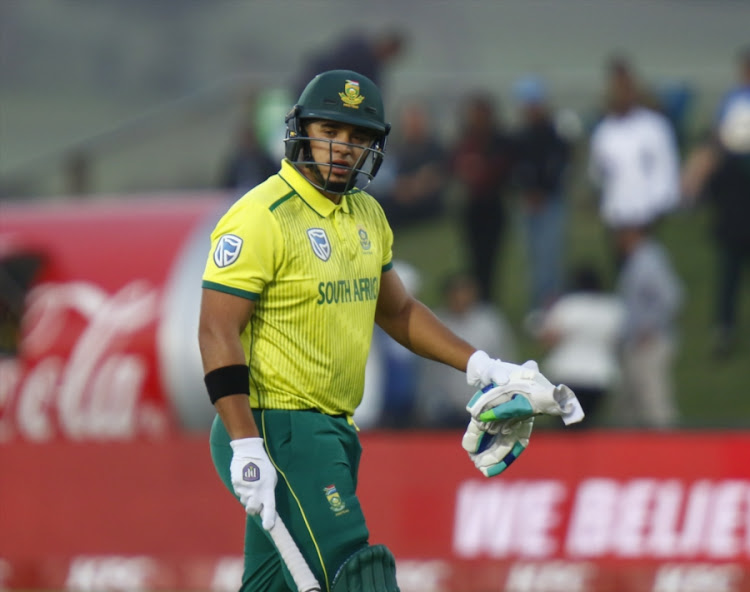 The Tshwane Spartans all-rounder Gihahn Cloete is the Mzansi Super League leading run scorer and is 61 runs ahead of AB de Villiers at the half-mark of the tournament.
Image: Michael Sheehan

Anrich Nortjé’s removal from the Mzansi Super League (MSL) equation on Thursday because of an ankle injury that requires surgery prompted all the obvious questions.

Except‚ it seems‚ the one that matters most: when will he be back to bowling fitness?

Could it be that the marketing mavens have done such a good job of smokkeling the koppe of Mzansi’s cricketminded public that they expect the world to end the moment the last ball is bowled in the final on December 16?

If these things serve any purpose beyond making money‚ it’s to identify players who could go on to the bigger‚ better challenge of international cricket.

Players like Nortjé‚ a fast bowler who knows what it’s like to let fly at 150 kilometres an hour.

He had only three games in the MSL but among the eight wickets he claimed were those of Hashim Amla‚ Temba Bavuma and Reeza Hendricks.

Nortjé would seem to be the kind of player Faf du Plessis had in mind last week when he said: “We have an idea of probably 12 or 13 guys who are locked into [the World Cup] squad.

“But you always have to leave room for guys who come in and shoot the lights out with red-hot form.”

Nortjé will know as well as anyone else that he had both the fortune and the misfortune to be born and raised in cricket’s foremost factory of fast bowlers.

And he knows from personal experience that they are injured more than other kinds of players.

That means there’s a decent chance his phone will ring in the reasonable future with a call from a man saying: “Hello Anrich. It’s Linda Zondi here …”

Who else could “shoot the lights out” and‚ perhaps‚ have the national selection convenor Zondi on the line?

Going into Friday’s games‚ the 15th and 16th of a tournament that will comprise 32‚ Nortjé shared the highest local wicket-taker honours with 20-year-old Lutho Sipamla‚ whose biggest scalps to date have been those of Morné van Wyk and Rassie van der Dussen.

Attention will be paid when someone scores more runs in as many innings as AB de Villiers‚ and that’s been the case for Gihahn Cloete and Janneman Malan.

Cloete is a marginal nine ahead of De Villiers after five trips to the crease‚ but Malan leads the pack for the entire event and is 61 in front of a man Indians call ABD.

Cloete took 80 off an attack that featured Dane Paterson and Dwayne Bravo‚ and made 55 when he had to deal with Keshav Maharaj‚ Vernon Philander‚ Kyle Abbott and Marchant de Lange.

Good signs all‚ although it’s a long way from a piss-willy T20 tournament to the World Cup.

But don’t you want to hear what a mess Australian commentators would make of saying Janneman Malan?

Moments after scoring an unbeaten 79 to help the Tshwane Spartans beat the Jozi Stars in the Mzansi Super League (MSL) on Wednesday‚ batsman Dean ...
Sport
3 years ago

Jozi Stars coach Enoch Nkwe says finding their best form is a matter of when and not if as the Mzansi Super League log starts to take shape.
Sport
3 years ago
Next Article