De Bruyn cannot explain why the Spartans have not clicked 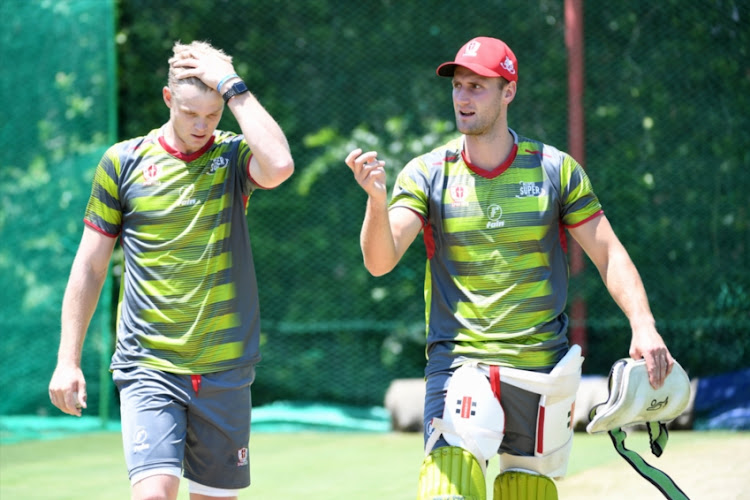 Tshwane Spartans are sitting at the foot of the standings with one point from four matches and senior batsman Theunis de Bruyn can’t put a finger on the reasons for their poor start to the Mzansi Super League (MSL).

Spartans return to action in the Gauteng derby against third-placed Jozi Stars at SuperSport Park on Wednesday afternoon and De Bruyn said he knows his side are confronted with a must-win situation to stay in contention for the knockout stages.

“Our start has not been great. But if the team clicks in the next few games‚ we will be on a roll and you never know what will happen‚” he said on Tuesday at their training session in Centurion.

“We have been close‚ we have had the weather around‚ but I still feel the spirit is good in the change room and the guys are still keen.

“It is difficult to put a finger on why we have not performed to our capabilities. We have played 80% of the games very well‚ we have been on top and all of a sudden in a 10-minute period we lost it completely.”

De Bruyn added that failure to click as a team cannot be used as an excuse because other side have gotten off to good starts. He said those teams appear to have played pressure moments very well.

“The Cape Town side [the Blitz] have clicked very well and they are in the same situation as us.

“Sometimes an over could go for 15 runs rather than losing two wickets. In our last game‚ we were on top and the message from the umpires was that we were going to go off the field soon.

“All we needed to do was literally to block three balls to win the game and boost a little bit of momentum.

“It is correct that there have been moments where the team hasn’t performed because individual performances have not been good enough. Whoever has the responsibility on Wednesday must make sure that they pull through for the team.”

De Bruyn said that he enjoys opening the batting in this format.

“It is lovely‚ especially when you have someone like Eoin Morgan‚ who is coming in about a week’s time or so‚ and AB de Villiers.

“You have the license to take on the powerplay. It is fun and you can hit through the line but you get to other venues where it is difficult.

“I am enjoying that role but at the moment it looks like I am going to bat at three and not open.”