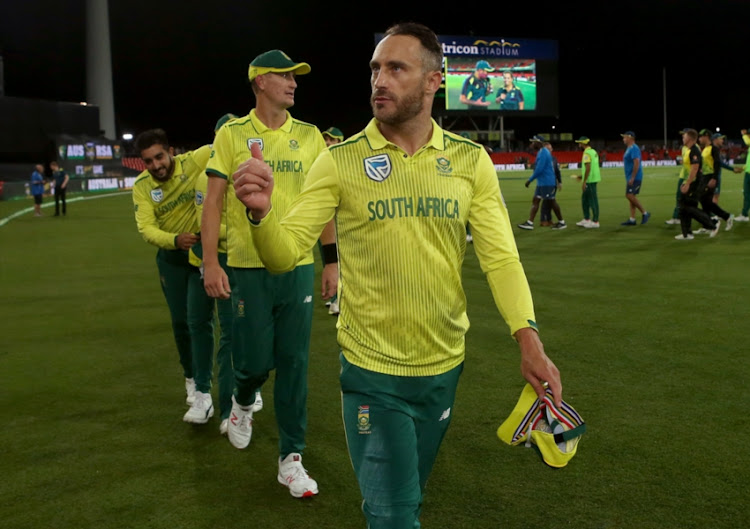 How much preparation is enough‚ and how much is too much?

The question is pertinent to teams who hope to go all the way at next year’s World Cup.

South Africa can’t be accused of not doing their homework. No major team will play as many as the 10 one-day internationals they have scheduled before the tournament starts with their match against England at The Oval on May 30.

And the plan would seem to be coming together.

“There are definitely more answers after this tour than the previous tour [to Sri Lanka in August]‚” Faf du Plessis said this week after his team returned from Australia‚ where they won the ODI series 2-1.

“We’re starting to get better and better the more we play together. It’s good to see the stuff we’ve been speaking about — combinations and the style of play — [that] the guys are getting used to it; they’re finding their roles in the team.”

New Zealand come closest to South Africa’s workload with nine ODIs remaining before the World Cup. India‚ Sri Lanka and West Indies will play eight each‚ and England and India are in for three apiece.

Australia‚ the worst-performing team in ODIs this year with only two wins from 13 games‚ which makes this the Aussies’ least successful year in the format‚ and who would seem to need all the practice they can find? Three.

But World Cup success isn’t all about how much time teams will spend on the field before the tournament. For instance‚ which field is an important factor.

All of South Africa’s 10 ODIs‚ in the shape of series against Sri Lanka and Pakistan‚ will be played at home — where conditions will be markedly different from what they will encounter in England.

None of the teams above will go into the tournament in ODI mode. South Africa‚ India‚ England‚ Pakistan‚ Sri Lanka and West Indies will all have to slow down a touch from T20 pace.

Australia and New Zealand‚ who will go to the World Cup from Test series‚ will need to speed up.

This is‚ of course‚ an exercise in nitpicking. Modern cricketers are well-versed in switching from one format to another‚ most of those who will be at the World Cup have built up valuable experience of English conditions‚ and they will all play warm-up games in England before the tournament starts.

What will matter more is how well the teams know themselves — what they’re good at and less than good at‚ and how to put opponents where they want them in those terms. On that score‚ the signs from South Africa’s camp are promising.

“[Coach] Ottis [Gibson] and I have said for quite a while now that everything we think and everything we do isn’t about now and it’s not about the game we’re playing now.

“It’s mostly about looking ahead. We’ve been planning this for a long time. We both feel as if we’re going in the right direction.

“The next two series‚ especially the one against Pakistan [in January]‚ will be good tests. They’re a very good team‚ particularly in white-ball cricket.

“It’ll be a good place to test ourselves against a strong team.”

And then the examination will begin.