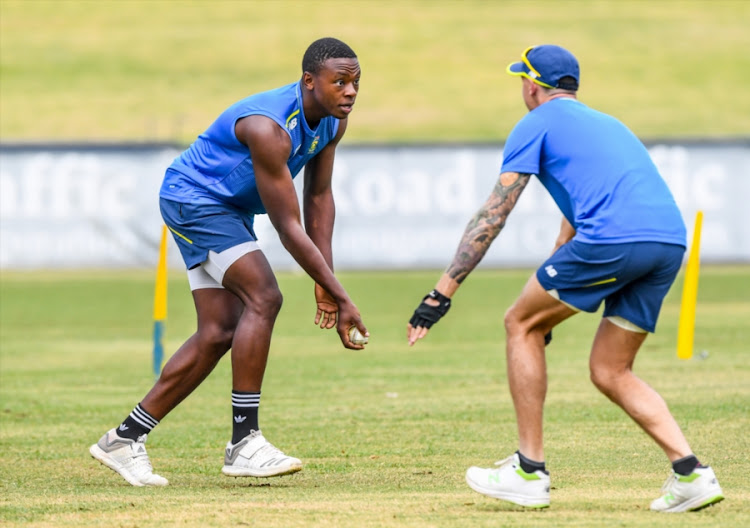 Premier Proteas fast bowler Dale Steyn has admitted that his place in the World Cup squad is not guaranteed.

Steyn‚ who is expected to return to ODI action after a break of almost two years when the South Africa take on Zimbabwe in Kimberley on Sunday‚ said the emergence of Lungi Ngidi and the impressive exploits of ever-improving Kagiso Rabada mean he has to fight for his position.

Steyn’s last match for the Proteas in this format was in October 2016 as South Africa completed a 5-0 series whitewash over the Australia in Cape Town where he ended with disappointing figures of 0/56 in 9.2 overs.

“It is good to have challenges and competition in the team‚” he said this week as the Proteas readied for the Zimbabweans.

“I think Lungi [Ngidi] and ‘KG’ [Rabada] will also appreciate the fact that I am coming back into the side.

“All our positions are under threat because you can only take a handful of these bowlers to the World Cup. We are all fighting and that means we are going to have to perform at our best all the time.”

Like the best South African players of the past‚ Steyn is yet to win a major ICC tournament for the country and his hunger is still there to one day stand on the podium with the winner’s medal and the trophy.

“Everybody loves to go to the World Cup and I would love to go. I would love nothing more than to see the Proteas win the tournament‚” he said.

“If it means that I don’t go‚ so be it. I would have done my job in pushing the guys to be at their best and maybe my name will be mentioned in the shadows on how I helped the guys.”

As a member of the leadership group‚ Steyn understands that he has the responsibility of playing the mentorship role to Rabada‚ Ngidi and the rest of the younger players in the team.

“I have always been someone who speaks to the guys. Morne Morkel is someone who was good at that. I learned from some of the best players in the world and it would be a sin not to pass that knowledge to these young guys‚” he said.

“I used to have conversations with Mark Boucher and some of those conversations I am having with the guys like Wian Mulder and Lungi who are coming through.”

Cricket South Africa has budgeted for a R40-million loss ahead of the yet-to-be named T20 League to be staged in partnership with the SABC.
Sport
3 years ago

Cricket South Africa’s (CSA) new T20 tournament — brought to you by the Indian Premier League (IPL). Or something like that.
Sport
3 years ago
Next Article