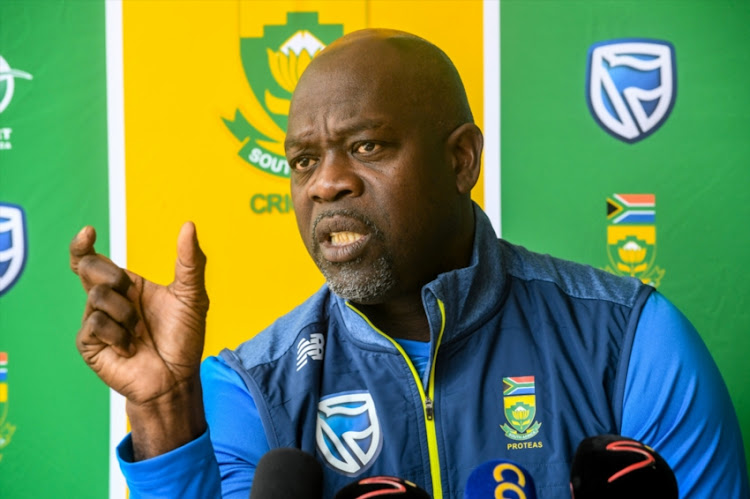 Proteas coach Ottis Gibson says he will try out new players and combinations during the three-match ODI series against Zimbabwe which starts at the Diamond Oval in Kimberley on Sunday.

Reeza Hendricks‚ Christiaan Jonker‚ Heinrich Klaasen‚ Khaya Zondo and Test opener Dean Elgar have been given another opportunity to prove themselves in white ball cricket with the World Cup in England less than a year away.

“We have looked at some guys and perhaps this series against Zimbabwe and the next one against Australia are probably the last where we will be giving opportunities to guys we have not had the opportunity to see.

"I have spoken to the selectors about that‚” Gibson said on Wednesday.

“We wanted to see Klaasen a little bit longer.

"Jonker came in and he did very well for us in the T20 against India and his numbers in the franchise system are pretty good.

"What we set out to do from the outset was to try and have two players for every position.

"David (Miller) has not had a lot of runs recently but we know what he can do and again this is an opportunity to see Jonker in that position.”

The Proteas host Pakistan in the end of the year series and Gibson said he hopes to pick a squad that is as close as possible to the team that will represent SA at the World Cup next year.

“By the time we get to the series against Pakistan later in the year and against Sri Lanka into the new year‚ we will be looking to pick the team that is likely to go to the World Cup‚" he said.

"This is still an opportunity to see one or two other players.

“I sat down with Faf (Du Plessis) and one or two other senior players to discuss the journey to the World Cup and what we need to do to win that tournament.

"These games against Zimbabwe and Sri Lanka are giving us opportunities to look at players and also to see how players can fit into the system that we want to play.”

The fact that he has rested some of the key players does not mean the Proteas take Zimbabwe lightly.

“We want this series to be as competitive as possible because in sport you can’t take anything for granted‚" he said.

"I remember when I started‚ we were going to play against Bangladesh and everyone was saying that it was going to be easy.

"It was a good performance by the guys but we still had to be professional about our preparation and go out there and compete.”