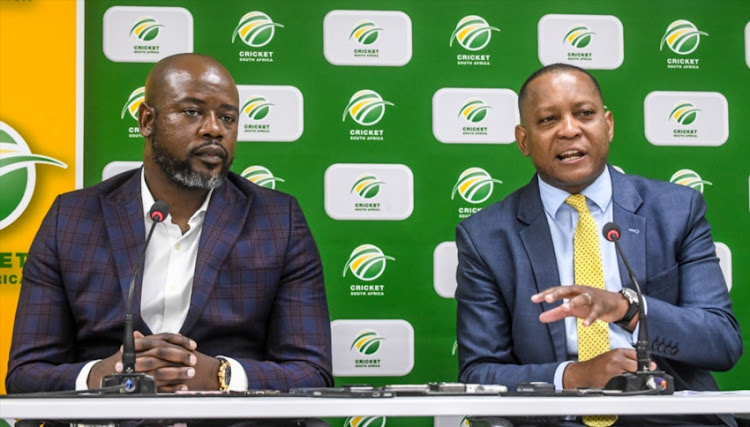 Cricket South Africa’s (CSA) new T20 tournament — brought to you by the Indian Premier League (IPL). Or something like that.

“I am also delighted to announce that the Board of Control for Cricket in India [BCCI] has accepted our invitation to make some of their senior administrators‚ who have extensive experience in running the IPL‚ available to assist with the smooth running of our tournament‚” the last two paragraphs of a CSA release on Wednesday quoted chief executive Thabang Moroe as saying.

“Their experience will be invaluable and will assist in ensuring that the league is one of international standing.”

Which BCCI administrators? What will they do for CSA?

“BCCI has not given us names of staff members they will send to South Africa for the T20 league‚” a CSA spokesperson said.

“Their main role will be to impart knowledge and share their skills.”

The fact that the BCCI will be involved might come as a relief to those concerned that CSA will‚ for the second consecutive year‚ fail to deliver on their promise to stage the tournament.

India are the bullies of world cricket but they have shown‚ through the IPL‚ that they are past masters at running T20 competitions.

They did so in South Africa in 2009‚ when the IPL came to town because it would coincide with elections that year and India’s security forces said they wouldn’t have enough resources to keep order all round.

But that success‚ achieved in no small part because of slick organisation at short notice by CSA and stadium staff around the country‚ came at the cost of R4.7-million in undeclared bonuses from the BCCI that led to the sacking of then CSA chief executive Gerald Majola and the restructuring of the board.

The bond between the BCCI and CSA‚ once among the strongest in the world game‚ suffered in the wake of the latter appointing Haroon Lorgat — who had a fractious relationship with the Indians during his tenure as International Cricket Council chief executive.

So Wednesday’s news could be seen as evidence of the rekindling of the friendship between the boards.

Indeed‚ the same stars that aligned to bring the IPL to South Africa in 2009 could do so again next year.

As positive as those developments would seem‚ the release also raised more alarm about CSA’s prospects for getting their event off the ground.

“The closing date for players to register [their interest to play in the competition] is 2 October 2018 and the player draft will take place on Wednesday‚ 17 October 2018‚” it said.

October 2 is less than a week from Wednesday: enough time for the world’s marquee players to commit to being part of a tournament that hasn’t inspired confidence in its viability‚ or further evidence that CSA are out of their depth?

We’ll know the answer on November 9‚ when the first ball in a venture that has yet to be named and has still not announced teams is scheduled to be bowled.