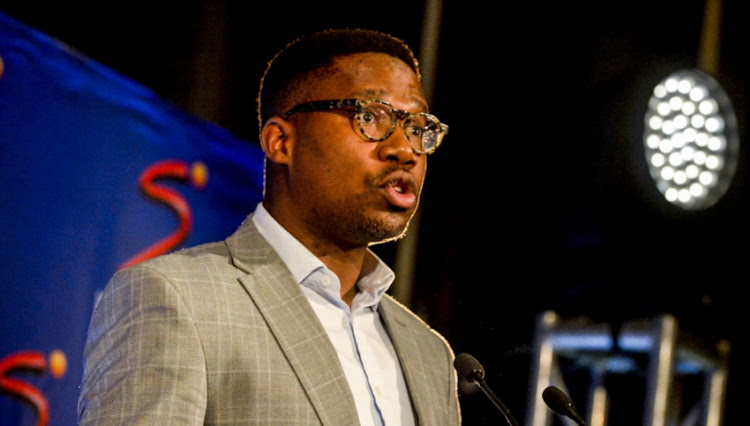 CEO Gideon Khobane of SuperSport during the SuperSport media briefing to announce the outcome of the independent review into the Ashwin Willemse ‘walking out during live broadcast saga’ on June 19, 2018 in Randburg, South Africa.
Image: Gallo Images / Sydney Seshibedi

The tournament formerly known as the T20 Global League (T20GL) hit rock bottom — again — on Tuesday when SuperSport pulled out of their equity deal with Cricket South Africa (CSA).

That promises to either derail the yet-to-launch competition for the second consecutive year or condemn it to a significantly more modest version of what was originally planned.

“SuperSport [on Tuesday] announced that it will not be pursuing a proposed shareholding agreement with CSA for its domestic T20 tournament‚” the broadcaster said in a statement posted on their website.

This would seem to fly in the face of earlier pronouncements by CSA‚ who said on July 16 that: “CSA has in writing thanked all prospective buyers for their interest in the league and have also communicated their decision in selecting the SuperSport equity model.”

The next day‚ in his first press conference as CSA’s appointed chief executive‚ Thabang Moroe said: “We reached finality in terms of the equity deal with SuperSport.”

All of which was undone‚ publicly at least‚ on Tuesday‚ when SuperSport’s statement quoted their chief executive‚ Gideon Khobane‚ as saying: “We reached an in-principle agreement with CSA regarding co-ownership of this event in June this year.

"Since then‚ the parties have been engaged in amicable discussions regarding the details of the proposed relationship.

“We have used our best endeavours to reach consensus with CSA around that shareholding model but this has unfortunately not happened.”

Shockingly considering the level of public interest in the venture and the drama that has gone before‚ Khobane’s statement added the throwaway line that‚ “The discussions on the in-principle shareholding agreement terminated on 23 July‚ 2018.

“We have therefore decided to discontinue negotiations about shareholding.”

He added the sop that‚ “We are‚ however‚ engaged in constructive discussions with CSA regarding the broadcast of the event.”

Times Media Digital understands that CSA plan to go it alone without partners and that the first ball in a tournament that is starting to resemble the maiden voyage of the Titanic will be bowled in November.

And that even as several of the spurned T20GL franchise owners are threatening legal action to secure a piece of what looks suspiciously like pie in the sky.

The field has been reduced from eight to six teams‚ another climbdown from the extravaganza that was promised when CSA launched the event in a posh London hotel on June 19 last year presided over by then chief executive Haroon Lorgat.

On September 28 Lorgat lost his job and‚ on October 10‚ CSA postponed the T20GL in a move blamed on CSA’s projection that it would lose US$25-million — or more than half its cash reserves — in the first year.

Less than a year on the competition‚ if it ever happens‚ seems certain to be more a clone of CSA’s existing franchise T20 offering than the glittering product advertised all those eventful months ago in London.