Still no word on Steyn as a nation waits 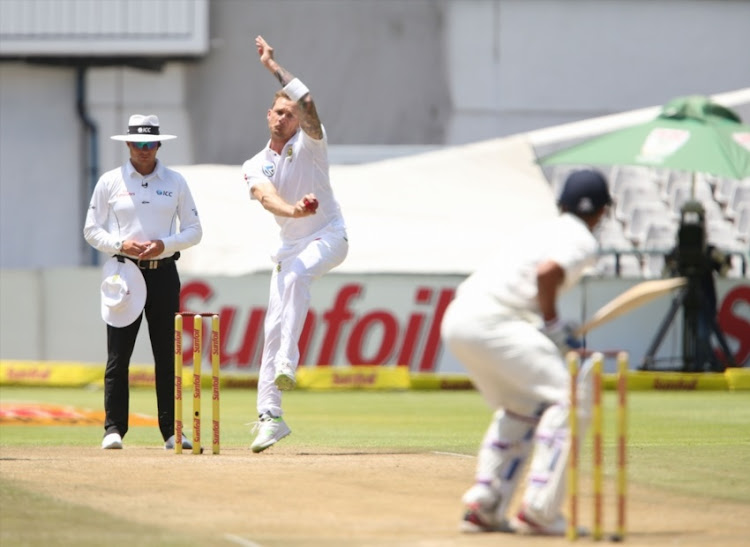 Dale Steyn‚ who took the new ball for Hampshire in the first innings of their match against Nottinghamshire at the Rose Bowl on Sunday‚ was nowhere to be seen in Notts’ second dig on Tuesday.

Steyn injured a groin while bowling his 11th over on Monday. He left the field immediately and “was assessed by our physio team”‚ a Hampshire spokesperson told SowetanLIVE on Monday‚ adding that “he will be re-assessed [on Tuesday] and following that we should be able to confirm exactly his status”.

South Africa’s team management said on Tuesday afternoon that “Dale went for a scan this morning” and that they were “still awaiting those results”.

Fourteen overs into Notts’ second innings there was no sign of Steyn‚ and Hants had sent four other bowlers into the fray.

Well might there be undue interest in the state of Steyn’s groin.

At 35 and approaching the end of an unforgettable career‚ his experience and sheer presence could be key to South Africa at next year’s World Cup.

But‚ having broken his bowling shoulder twice and torn a ligament off his heel since November 2016‚ there are fears that Steyn seems to be wearing out his body in the cause of prolonging the career of the finest fast bowler of the age.

So every tweak and twang is going to attract more attention than it might have had it happened to someone younger or who has not had a horror run of injuries in recent years.

Yes‚ Steyn is that important to the national team’s cause — even if a new arsenal of quality quicks has been blooded.

That he has also caught‚ but not passed‚ Shaun Pollock’s South Africa record of 421 Test wickets is neither here nor there.

What matters is what he can continue to bring to the team effort‚ hence the intense concern over his fitness.