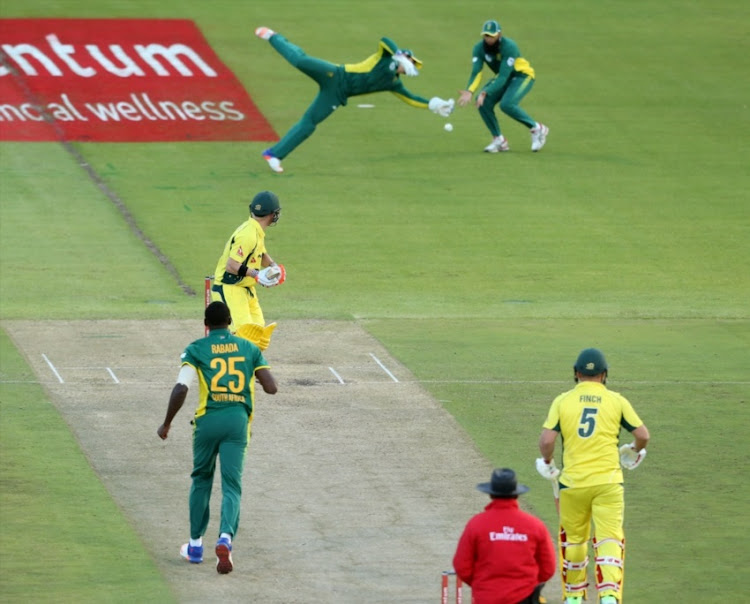 A cricket fan walks into a bar where there are nine other people‚ all of them closely watching a match on the television.

How many of the 10 are women? Almost four.

How many are from the Indian subcontinent? A smidgen shy of nine.

How many are more focused on the game because it is a one-day international? If they are all South African‚ more than nine.

What a release on Wednesday called the International Cricket Council’s (ICC) “first global market research project” has found that 39% of cricket supporters are female.

And that “South Africa lead the interest in ODI cricket” at 91% — perhaps because we are a nation obsessed with winning an as yet unwon World Cup.

But Test cricket aficionados need not be disheartened: the original and best format is of interest to 70% of the game’s followers globally.

Even so‚ their fears for the future will be fuelled by the facts that T20 is the most popular form with an interest rate of 92%‚ and that 75% of cricket’s 300-million players don’t play anything except T20s.

“The research was undertaken to enable the ICC and its members to understand the growth potential of cricket‚ to help shape the development of the growth focused global strategy for the game‚ drive decision-making and to provide a benchmark upon which to measure the outcomes of the strategy‚” the release said.

The project was conducted in the ICC’s 12 full member countries as well as in the US and China‚ which offer significant opportunities to grow the game outside of its existing strongholds.

Cricket’s following in those 14 countries has been estimated at 952-million‚ almost 90% of whom are from Asia.

Will that percentage get bigger when the ICC get around to surveying fans younger than 16?