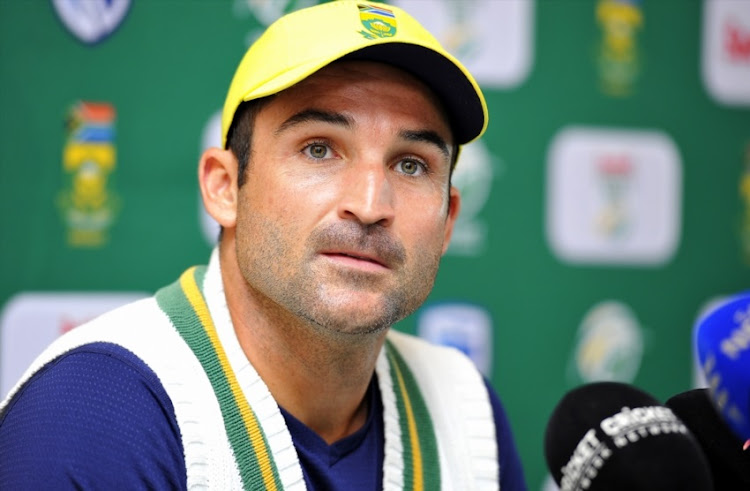 One is a dasher‚ a dazzler‚ a doer of derring do.

The other plods with pithy particularity and purpose.

It would take a lot to confuse them‚ but the latter could be the answer to the former’s removal from South Africa’s equation for the World Cup in England next year.

AB de Villiers and Dean Elgar are about as different as a pair of batsmen could be — which doesn’t mean Elgar isn’t a candidate to step into the void left by the undeniably great De Villiers‚ who retired from international cricket last week.

At least‚ that was Ottis Gibson’s take at a press conference in Johannesburg on Monday.

“We will pick guys that we believe can go and perform in those conditions‚” Gibson said.

“Dean playing county cricket now puts himself in the picture.

“When you look at his record playing white-ball cricket he is not out of the picture.

“But since I've been here we haven't looked at Dean [for one-day internationals].

“But now‚ with what’s happened with AB‚ and you’re looking at experience in English conditions‚ someone like Dean‚ I would imagine‚ will come into the conversation.”

Gibson didn’t allow himself to be painted into a corner on who might replace the finest white-ball batsman world cricket has seen since … nobody.

And the fact that Elgar’s name came up at all was thanks to a reporter’s question.

But it would be foolish of Gibson to have ruled out a player who has reeled off scores of 87‚ 50 and 91 off the 246 balls he has faced in his last three one-day innings for Surrey.

Elgar batted at No. 3 twice and opened the batting in his other innings‚ which only adds to the intrigue of what would be nothing like a straight swop in South Africa’s line-up.

As do the facts that Elgar played the last of his six ODIs in October 2015 while De Villiers missed only 42 of the 270 games South Africa have had in the format since he made his debut more than 13 years ago.

That illustrates how integral De Villiers was to his team’s cause. It also tells us‚ as Gibson said‚ that there is no replacing him.

What’s needed is a complete revision of South Africa’s batting strategy now that the strongest link in the chain has been lost.

The sparseness of Elgar’s previous involvement in ODIs means minimal tinkering would be required to fit him into the XI.

And‚ unlike other‚ also viable candidates for the job — Farhaan Behardien‚ Reeza Hendricks and Theunis de Bruyn — he has earned his respect‚ and more‚ in the game’s toughest role: regularly opening the batting in Test cricket.

Gibson and the selectors have the time they need to plot a path out of the dark place that is a South Africa team abruptly and‚ it seems‚ unexpectedly denied De Villiers’ stellar services.

They also have the opportunity to experiment‚ what with 23 ODIs scheduled before the World Cup.

There’s only one AB de Villiers but there’s also only one Dean Elgar.

That may be enough; not to solve an unsolvable problem but to prevent it from becoming bigger.