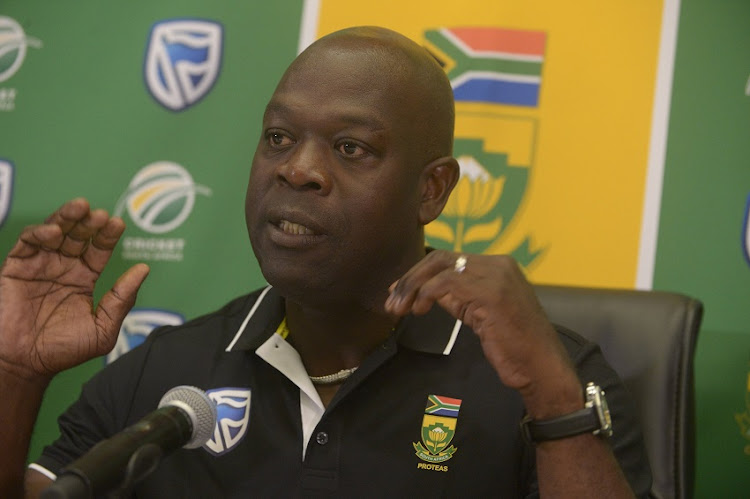 Ottis Gibson tried hard on Monday to find the positive needles in the haystack of negativity that was dumped on cricket when AB de Villiers announced his retirement from the international arena last week — just more than a year before the World Cup in England.

Even so‚ South Africa’s coach couldn’t avoid using words like “shock”‚ “disappointing” and “mourning” in his public reaction to De Villiers’ decision‚ which rocked world cricket on Wednesday.

But Gibson knew there was no point looking back wistfully at what might have been had De Villiers stayed in the mix.

“The announcement came as a shock to me but we had a conversation — he called me the morning before the announcement and told me what he was planning to do‚” Gibson told a press conference in Johannesburg.

“So we had a long conversation around‚ ‘Are you sure you’re doing the right thing?’. He reckons that he is.”

That sounds like Gibson tried to talk De Villiers out of it. Did he?

“It seemed to me that he was enjoying his cricket; we saw him in the IPL [Indian Premier League] taking Spider-man catches.

“I did say to him‚ ‘What about giving away Test cricket and still playing one-day cricket with the World Cup coming up?’.

“He said he’s spoken about it with all the people he needed to speak to‚ and there’s no point in me trying to get him to change his mind.

"I don’t think there’s anything I could say that could get him to change his mind.”

“I need to get the team together and move on; sport moves on‚” he said.

“Of course it’s disappointing. He’s one of the best players in the world. He could have made a huge difference in the World Cup and he knows that.

"But he’s chosen to walk away from the game at this time and it is what it is.”

Worries over the standards of domestic cricket‚ which have in many estimations fallen since Gibson played for Border‚ Griqualand West and Gauteng in the 1990s‚ probably mean De Villiers’ replacement will be an already familiar name.

Aiden Markram‚ Theunis de Bruyn and Dean Elgar — in a one-day context — were all mentioned by Gibson‚ who was nonetheless keen to make the point that‚ “I don’t want to start calling names. We will pick guys we believe will go and perform in those conditions.”

What would Gibson make of a reconsideration by De Villiers‚ who has in the past gone back and forth over issues like whether or not he was available to keep wicket?

“When a player makes a decision like [retiring] it’s hard to go back because somebody will come and fill his place‚ and if that player is performing how do you deal with that situation?

“We’ll have to cross that bridge when we get to it‚ but it’s a great question.”

Not that Gibson was holding his breath.

“I’ve retired from cricket‚ and when you retire your retire. Don’t try and say I might try and play here or there.

“It seems to me the announcement leaves a few things hanging; he might still change his mind.

“But I can’t focus on that. I need to focus on the group of players I have to work with.”

There was no ignoring the haystack in the room and Gibson had the good sense to stop looking for needles.

“This clearly puts a spanner in the works of a lot of the planning we’ve been doing‚” he said.

“Every cricket team has to‚ at some point‚ when a great player moves on‚ have — what do you want to call it? — a little mourning period. Then another great player comes along.

“That’s not saying we’re not going to miss AB. Of course we are. But it gives an opportunity for someone to come in and stake a claim.

“There’s enough talent in the country‚ not to fill AB’s awesome shoes‚ but to have the 10‚ 12-year career that AB has had.”

De Villiers had diamonds on the soles of his awesome shoes‚ agreed. Now we’ve all got to get rid of those walking blues.