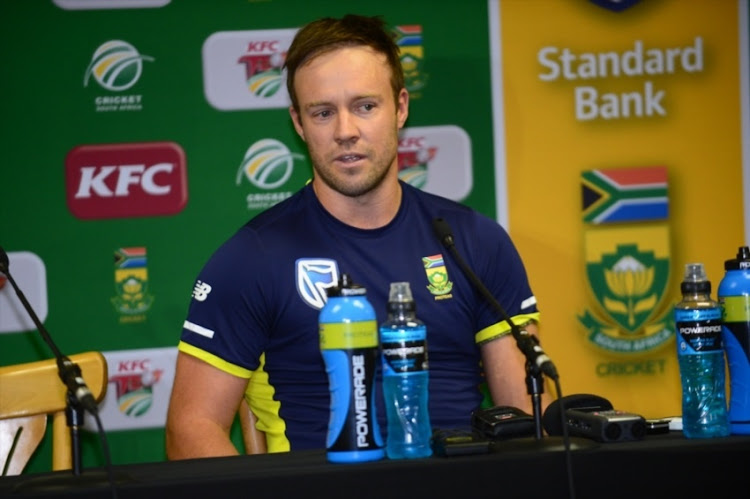 At least‚ it will be on July 12‚ when South Africa play Sri Lanka in the first Test in Galle — their first game since AB de Villiers announced his retirement‚ with immediate effect‚ from international cricket on Wednesday.

Truth be told‚ South Africans couldn’t care less what happens in that series of two matches on the Asian island‚ nor in the five one-day internationals and sole T20 that will follow.

The three ODIs and three T20s at home against Zimbabwe in October will be a yet smaller blip in the national consciousness‚ and even the three ODIs and T20 South Africa will play in Australia November won’t count for much.

Neither will the full tours in all three formats against Pakistan and Sri Lanka they will host next summer will tell us how much De Villiers will be missed.

How South Africa will perform in England in June and July is all that matters to the cricketminded South African.

And they have more than a year to wait to find out; time in which younger players like Theunis de Bruyn and Aiden Markram will want to answer the question positively as much as older hands like JP Duminy and Farhaan Behardien.

There are‚ then‚ options.

Rather than try to replace a player who brought an ungovernable whirlwind to the crease with him‚ South Africa need to reimagine their team and their playing approach.

Anything else is a recipe for failure and morbid memories. Anyone who says‚ “What would AB do?”‚ should be taken out and shot.

Now is the time to get the hand-wringing out of the way.

As South African Cricketers’ Association chief executive Tony Irish said in a release on Thursday: “AB’s record in international cricket speaks for itself and one just needs to take in the public response to his retirement on social media to understand what he has meant to cricket fans in South Africa and around the world.”

Indeed. But this too shall pass‚ and soon a way will have to be found‚ particularly in white-ball cricket‚ past De Villiers’ decision.

Duminy is‚ without trying to be cruel‚ done. So if the plan is to go with experience then the sturdy‚ dependable Behardien must be the immediate focus.

If the approach is to back newer blood‚ De Bruyn‚ who has the talent and the skill but has as yet to show the required initiative‚ is the man.

And not least because Markram has already earned his opportunity on his own terms.

Thoughts will be given to making Temba Bavuma find his inner Hashim Amla and with that another gear in his game‚ and there is an argument for Heinrich Klaasen’s spark to be rewarded.

There is time and there are possibilities‚ none of them certain.

This is‚ and it’s all that matters: there is no AB de Villiers.