SA captain Faf du Plessis has a lot on his mind 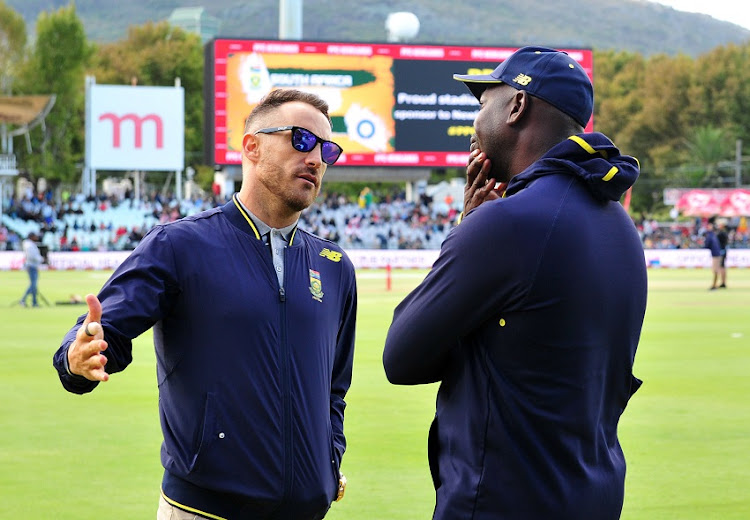 SA captain Faf Du Plessis has plenty on his mind as the hosts go into day four of the final Test against Australia at the Wanderers.

Du Plessis has to decide whether to declare or not‚  and  he also faces the possible unavailability of reliable fast bowler Morne Morkel whose participation in the final Test is threatened by a side strain injury.

The Proteas ended day three of the fourth Test at the Wanderers on Sunday in command with a second innings lead of 401 runs‚ but it is not clear when Du Plessis is going to declare and insert the Aussies to chase the target.

South Africa’s decision to declare is going to depend largely on how Morkel‚ who walked off the field shortly before lunch on Sunday‚ would have responded to overnight treatment to the injury he suffered against Bangladesh.

If Morkel is not able to bowl again in this match‚ Du Plessis will want to bat for as long as possible and further stretch their lead because they will be left with only three frontline bowlers in Vernon Philander‚ Kagiso Rabada and spinner Keshav Maharaj to defend their total.

There is Aiden Markram and Temba Bavuma who can bowl slow to medium pacers but they may be targeted by the Australian bowlers.

Maharaj said the first session on Monday‚ where opener Dean Elgar and Du Plessis will resume on 39 and 34 respectively‚ is going to be vital for the Proteas.

“I do think that the first session is going to be important on Monday because it will set the game very well.

"We will asses assess as a side what we are going to do moving forward‚” he said‚ also indicating that spin may play a role with the pitch deteriorating.

“Collectively as a team we bowled well in this series but there will be a lot of emphasis on spin.

"Actually it is turning and bouncing too much but we will take it on our stride.

"With the way conditions are right now‚ we saw against India that it is harder to bat in the second innings.

"So‚ hopefully with the pitch deteriorating it will be difficult to bat in the second innings.”

Maharaj also admitted that he was disappointed on Saturday when he failed to help Temba Bavuma reach his second Test century as he ran out of partners and was left stranded on 95 after a patient knock.

“I was bitterly disappointed with myself for not trying to get him to that magical figure‚ he played exceptionally well and he deserved to get it.

"Unfortunately that is how cricket works sometimes but I am sure he will get many opportunities to get there in future.

"I was disappointed at myself not to get a 50 but the first thing was to try and get Temba there first.”