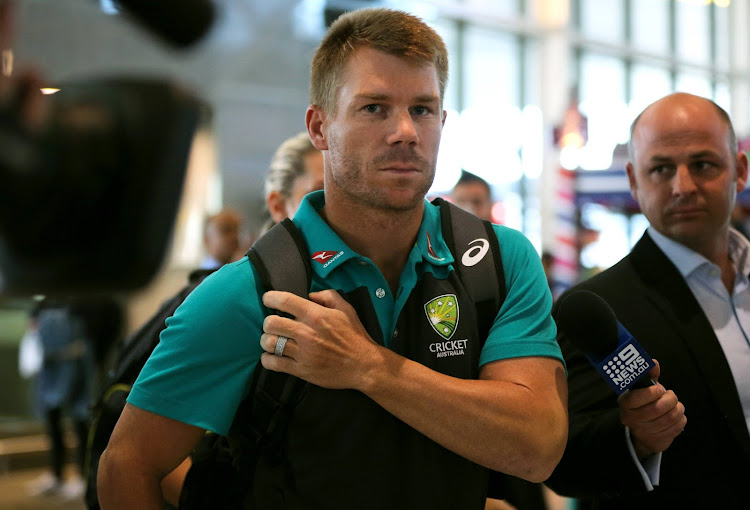 Multinational electronics company LG has opted not to renew its contract with David Warner following the ball-tampering scandal in South Africa, while the sacked Australia vice-captain’s Indian Premier League side said he has stepped down as skipper.

Axed Australia captain Steve Smith, Warner and batsman Cameron Bancroft have all been sent home from South Africa for their role in a scandal that has rocked Australian cricket.

Bancroft was caught on camera attempting to scuff up the ball with improvised sandpaper during the Cape Town test on Saturday in a move Cricket Australia said was hatched by the trio.

South Africa went on to win the test and leads the four-match series 2-1.

The players will discover the full extent of their punishment in the next 24 hours with CA chief James Sutherland promising “significant sanctions” at a news conference in Johannesburg.

LG said on Wednesday the company would not be giving 31-year-old Warner a new deal.
“LG’s current sponsorship of David Warner is in the final weeks and in light of recent events, we have decided not to renew our partnership,” an LG spokeswoman said in a statement.

Several of CA’s major sponsors, including cereal maker Sanitarium, have said they would await the results of a full investigation into the scandal before deciding on the future of their deals with the governing body.

Later on Wednesday, Warner’s IPL franchise, Sunrisers Hyderabad, announced he had stepped down as captain.

“In light of recent events, David Warner has stepped down as captain of Sunrisers Hyderabad. The new captain of the team will be announced shortly,” franchise CEO K Shanmugam said on Twitter.

Smith stepped down as captain of the IPL’s Rajasthan Royals team on Monday. This year’s competition begins on April 7

Scuffles broke out between media and police on March 28 2018 as Australia's former cricket captain Steve Smith made his way out of South Africa. Smith was suspended following a ball-tampering scan...