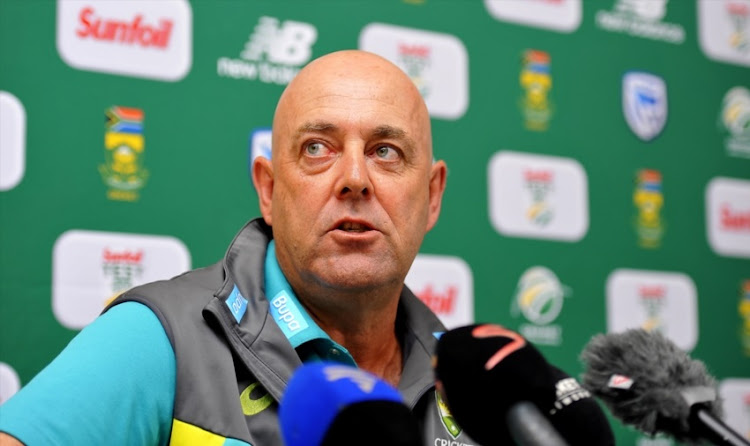 Lehmann‚ who was caught on camera speaking to substitute fielder Peter Handscomb on a walkie-talkie when Cameron Bancroft was using sandpaper on the ball before tea on day three‚ was found to have had nothing to do with the saga.

Sutherland confirmed Bancroft‚ who has been banned for nine months for his part‚ used sandpaper on the ball.

Former captain Steven Smith and former vice-captain David Warner have been banned for a year and. While Smith has also been banned from occupying leadership positions for a further 12 months‚ Warner will not be considered for any such positions in the future.

“I don’t want to get too involved in the specific comments and the findings of the review but in Darren’s defence‚ I do want to clarify that specific matter‚” Sutherland said.

“The release that went out today confirmed that it was sandpaper. I'm not sure that it's normally procedure but I do understand that sandpaper is used in the dressing room and in player's kitbags in terms of looking after their bats.”

Sutherland stopped short of saying the players who took part in the ball-tampering were cheats but confirmed their acts were considered to be cheating.

Sutherland also said his job was not on the line and that he will continue in his position despite the controversy CA find themselves in because of the acts of Warner‚ Smith and Bancroft.

“Under the codes that specifically refer to these practices‚ in which we have made the charges and offered the sanctions as cheating. If people want to use their own words‚ that’s fine but cheating is probably one word that’s appropriate in these circumstances‚” Sutherland said.

“I haven’t considered resigning and I have a job to do. It’s also within my strength and resolve to help the game.”