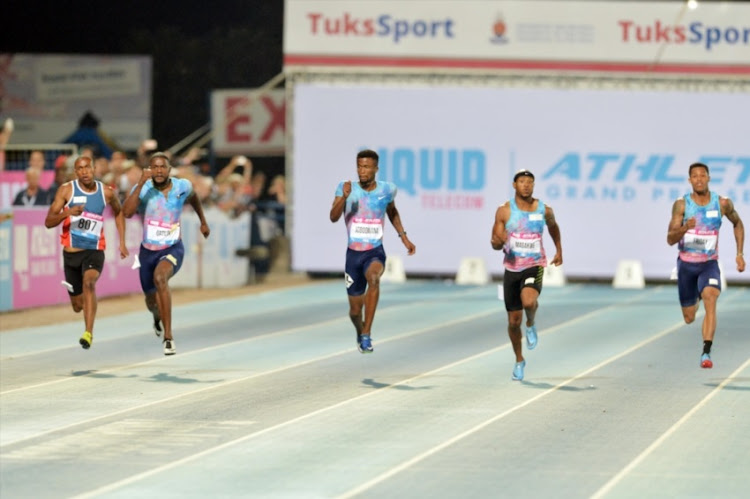 South Africa’s biggest athletics event in more than a decade was marred as officials illegally forced athletes to cover up their sponsors’ logos.

Technical officials enforced the blackout in the call room at the alleged insistence of Puma‚ one of the event sponsors‚ but this contravened the IAAF Rule 143.1 related to marketing.

Athletics SA (ASA) on Friday promised to take action after admitting to the mistake by their officials.

“ASA has already started with remedial action by calling for an emergency meeting with members of the technical committee to bring to their attention the error that has been made.

“Necessary steps will be taken will be taken to ensure that such errors are not repeated again. ASA apologise for the inconvenience that was caused to the athletes‚ the sponsors‚ the representatives and Stillwater Sports‚” an ASA statement read.

Anaso Jobodwana‚ who beat Gatlin in the 150m‚ did not have his Nike logos covered and it is believed he refused to do it after receiving advice from his representatives.

Wenda Nel‚ winner of the women’s 400m hurdles‚ and Clearance Munyai‚ who came second in the 100m‚ also competed without covering up their logos.

Their agent‚ Lee-Roy Newton‚ said all his athletes raced with their kit sponsor logos unconcealed because they could not allow the officials to do something that was not right.

“We are fully aware of the rules and made sure that we protect the rights of our athletes‚” said Newton.

Peet van Zyl‚ agent of Simbine and other top athletes including Wayde van Niekerk‚ declined to comment much on the matter‚ but said they would take it up with ASA.