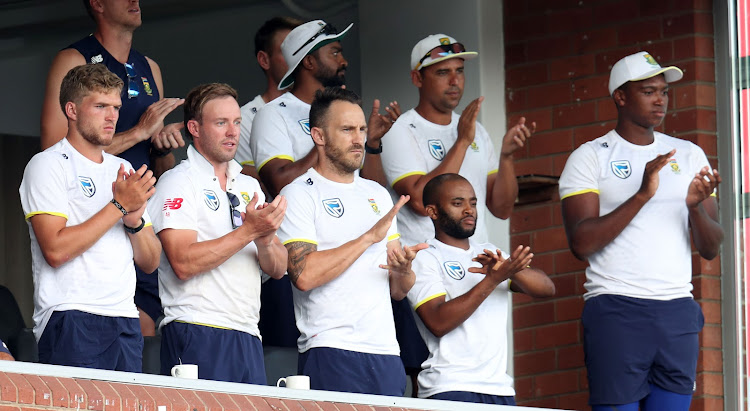 South Africa teetered on the brink at 293/9‚ needing an academic 124 more runs to win.

With the lip-licking prospect of the new ball they can take at any time on Monday morning‚ Australia only need to remove De Kock (81*) or Morne Morkel (0) to claim their third consecutive test win at Kingsmead.

With South Africa pinned a 49/4 after the loss of captain Faf du Plessis in the morning session‚ the odds were shorts on Australia dissecting what remained of the Proteas's batting cadaver before Markram (143)‚ Theunis de Bruyn (36) and De Kock willed it back to life.

Starc (4/74) played the very assuming role of the grim reaper to customarily crash through the tail and make sure people don't cancel their golfing plans.

The straw that broke the camel's back was yet again planted by his name sake.

Mitchell Marsh was the unlikely partnership breaker but given his first innings of 96‚ he had the potential to be Australia's charm bracelet.

When he coaxed an edge that Tim Paine did well to snaffle‚ he broke the threatening stand.

Markram compiled what is currently his most important 100 off 171 ball and it contained 14 fours.

While survival would have been at the top of his mind‚ there was aggressive intent and moved the game forward.

There was a feeling if one of the main batsmen shared the same mental and batting fortitude‚ South Africa could have been in a better position.

In that case‚ Markram used the worn stage but evenly to etch the highest fourth-innings 100 since Michael Atherton's epic unbeaten 185 at the Wanderers in 1995.

South Africa needed a batsman to stand up and Markram did.

There was an assurance of a future leader whose presence was calming in a tumultuous time.

The 87 and 147-run partnerships Markram shared with De Bruyn and De Kock respectively not only added veneer to what was a damaged South African batting furniture piece but gave it an element of respectability that may go far in the series.

De Bruyn didn't look like a batsman who was playing for his place and had a lovely duel with Mitchell Starc.

He won that battle but lost the war when he feathered Josh Hazlewood (2/57) to Paine.

Vernon Philander fell to Starc in the last over before the new ball could be taken and in the same over‚ Starc castled Keshav Maharaj (0) and Kagiso Rabada (0) in consecutive deliveries.

The fading light then had a say and the player will have to return for the final day.

The T20 Global League (T20GL) is not happening.
Sport
4 years ago

South African cricket has never been the type that places immense faith on a spinner but Keshav Maharaj has given them a reason to believe.
Sport
4 years ago

The ICC World Cup in England is over a year away with lots of cricket still to be played and time to work on deficiencies but Ottis Gibson and his ...
Sport
4 years ago
Next Article