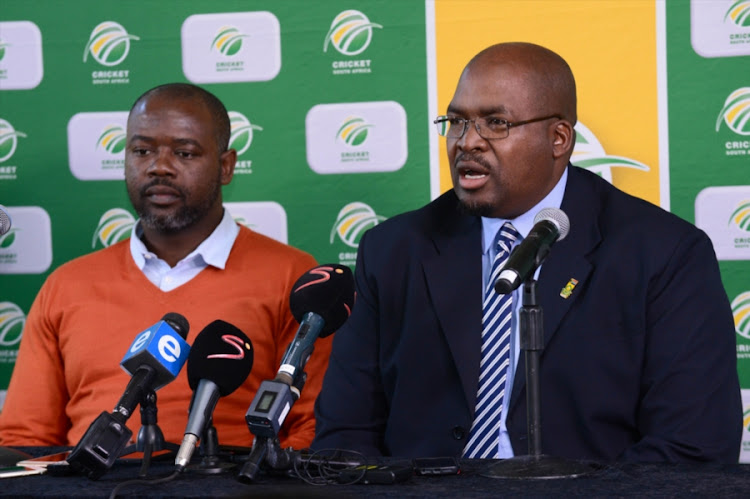 The T20 Global League (T20GL) is not happening.

It’s also not not happening. But at least officials have realised they need to continue sharing revenue with their only assets: the players.

If anything useful could be gleaned from the Cricket South Africa (CSA) release that followed a meeting of the organisation’s members council and board on Saturday‚ that’s about it.

“It was resolved that‚ subject to further discussions with current owners‚ they pursue the formation of a financially sustainable T20GL‚” the release said.

“This decision is also further subject to CSA’s testing its financial viability in both the local and international markets.

“Discussions between CSA and relevant partners in this regard will commence immediately.”

The inaugural edition of the T20GL‚ designed as an Indian Premier League-style tournament‚ was to have been played in November and December.

Alas‚ the moneymaker could not be shaken.

It was postponed when‚ CSA said‚ they discovered the competition would lose US$25-million in its first year.

That sparked a palace revolution in which Haroon Lorgat’s tenure as chief executive ended abruptly.

He was replaced in an acting capacity by Thabang Moroe‚ who is also CSA’s vice-president.

An alternative proposal for the T20GL prepared by CSA’s professional arm in January features eight franchises‚ all owned by CSA.

They would be subject to transformation targets — five black players in the XI‚ two of them black Africans — and limited to three foreign players per roster and two per team.

The tournament would‚ the plan says‚ cost R180-million for three years and then turn a profit.

That differs from the original T20GL blueprint‚ which stipulated privately-owned franchises‚ didn’t require transformation‚ and threw open the doors to foreigners.

But those ideas didn’t meet with the approval of the members council‚ and on February 3 CSA said they had formed a task team to “interrogate the concept” of “the future of the T20 Global League”.

The process would culminate in a presentation to the members council and board — which happened at Zimbali‚ a luxury resort north of Durban‚ on Saturday.

However‚ no detail of what all that interrogation achieved was mentioned in Sunday’s release‚ save for the decision to “pursue the formation of a financially sustainable T20GL”.

So the notion of private ownership of the franchises would seem to have held sway.

A chink more light was shed on the makings of a new memorandum of understanding between CSA and the South African Cricketers’ Association (SACA).

The current agreement expires next month‚ and never in the organisations’ 12-year partnership have relations been as strained as currently — largely due to the aggressive stance taken by the employer towards the players’ trade union.

“CSA confirms its ongoing commitment to negotiate with SACA as its players representative‚” the release said.

“This has never been in doubt.”

South African cricket has never been the type that places immense faith on a spinner but Keshav Maharaj has given them a reason to believe.
Sport
4 years ago

The ICC World Cup in England is over a year away with lots of cricket still to be played and time to work on deficiencies but Ottis Gibson and his ...
Sport
4 years ago
Next Article