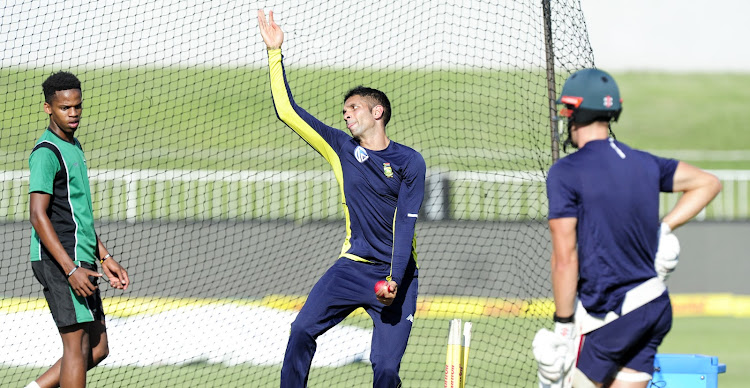 South African cricket has never been the type that places immense faith on a spinner but Keshav Maharaj has given them a reason to believe.

The all-round and encompassing nature of Australian cricket has often led them to a tweaker that at most develops into a world class performer.

In the groundsman-turned-off spinner that is Nathan Lyon‚ they have their most successful off-spinner in their history.

On the other hand‚ love isn't something South African spinners have got from the public and the game here itself.

That explains why Hugh Tayfield (170 wickets at 25.91) remains South Africa's most successful Test spinner while the unorthodox and erratic Paul Adams (134 wickets at 32.87) is the best thing since sliced bread since 1992.

The gulf in experience between Maharaj (57 wickets at 26.78) and Lyon (290 wickets at 31.64) is there for all to see but proves how important these individuals to their respective bowling attacks.

They have an ability to attack and defend with consummate ease.

More importantly‚ their consistency and variety has allowed their respective captains the luxury of rotating their fast bowlers around them.

This was none more apparent than in the Ashes series where Australia crushed England 4-0 to retain the urn.

Maharaj held his own against India but in David Warner and Steve Smith‚ he'll be encountering batsmen who have different but effective methods of countering spin.

During the first-class three-day game between South Africa A and the Australians in Benoni‚ pace ruled but Australian bowling coach fully understood the importance of spin.

With three of the four tests taking place at coastal venues‚ spin will be a factor.

Kingsmead‚ host of the first Test that starts on Thursday‚ has long lost its fearsome pace and bounce reputation.

The current slow nature of the surface has played a crucial role in Maharaj’s development as the slow left arm spinner who plays for the Dolphins.

“Both spinners are going to play a big part because you can’t keep using fast bowlers‚" Saker said.

"You have to give them some rest.

"They're going to be important because Nathan was superb for us throughout the summer.

"He just didn't give our bowlers a break and he looked like he was going to take a wicket with each spell.

“It's going to be a bit of a different challenge against South Africa because they have more right handers but he's gone to another level.

"Maharaj has played very well for South Africa over the last 12 to 18 months but we got ways in which we think we can counter him.”

Beatrice Dala struggled to control her emotions after she was told that her son had done enough to convince the Cricket South Africa (CSA) selectors ...
Sport
4 years ago
Next Article