Klaasen not getting ahead of himself after impressive displays against India 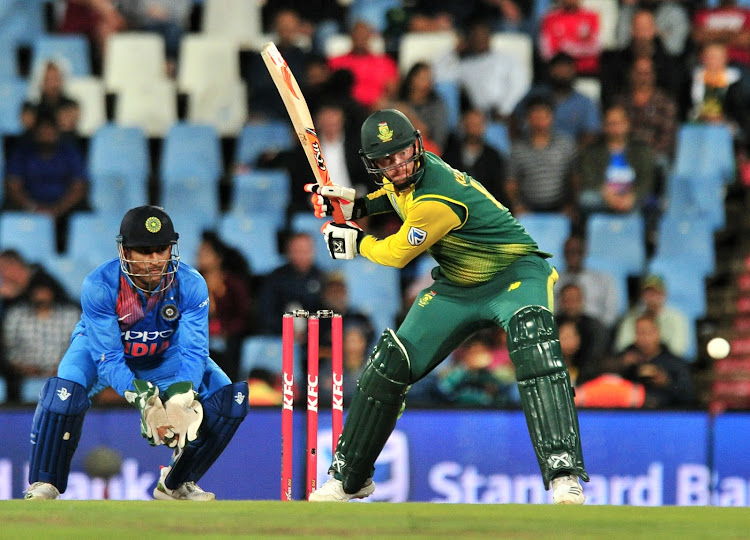 South Africa wicketkeeper/batsman Heinrich Klaasen may have caught the eye with highly commendable performances against India but he is not thinking about being a regular feature in the Proteas ODI and T20 squads.

Klaasen scored 110 runs in four innings in the ODI series and this included a match-winning knock of 43 in the Pink ODI.

He has already scored 85 in the ongoing T20 series which has one match to go in Cape Town on Saturday.

He was the man-of-the-match on Wednesday night at his home ground in Centurion after he scored a sensational knock of 69 runs off 30 balls‚ which included three boundaries and seven maximums.

Despite these eye-catching performances‚ the 26-year-old is well aware that he is likely to make way when established batsmen Quinton de Kock‚ captain Faf du Plessis‚ AB de Villiers and Temba Bavuma return to the squad.

“He (Quinton de Kock) is a world class player‚" he said about De Kock‚ whom he replaced in the squad.

"The change room definitely misses him and I don’t think he has anything to worry about.”

Klaasen‚ who has featured for South Africa A on numerous occasions‚ said this is an important stage of his career and he is happy to have made a positive contribution to put his name in the minds of the selectors.

“I wouldn’t say I am knocking down a place in the team.

"This is an important stage of my career and in some sort of way it is good to put my name in the hat and be in the set-up.

"If on Saturday in Cape Town happens to be my last match for the Proteas‚ so be it because my dream is fulfilled.”

Asked to reflect on his highly impressive knock‚ Klaasen gave credit to his senior partner JP Duminy with whom they shared a match-winning stand of 93 runs from 50 balls to take the game away from India in their chase of 189.

“JP was the key factor to my innings‚" he said.

"In the first over he told me that I must be calm and play my normal game and that is how it worked out.

"At the start I was batting according to the DLS and credit must go to the umpires for keeping us on the field.

"At some stage it did drizzle quite hard.

"Luckily it stopped and I said to JP that we can stay one boundary to have DLS in check and it worked out.

“It was not really like every over is the last one‚ the way we batted was the best way to chase a total by keeping up with the run rate.

"It gave us when and how to go and that is something to think about going forward.

"When JP told me that we must go over ten runs an over‚ it took my fear out of the game but it was important to keep a calm head.

"There was a stage when it was swinging hard.

"For me it is very important to keep momentum because they have very skillful bowlers and it was not easy to get a run a ball.”

Beatrice Dala struggled to control her emotions after she was told that her son had done enough to convince the Cricket South Africa (CSA) selectors ...
Sport
4 years ago

The relationship between the lifeblood of professional cricket in South Africa‚ the players‚ and their paymasters‚ the administrators‚ could move ...
Sport
4 years ago
Next Article