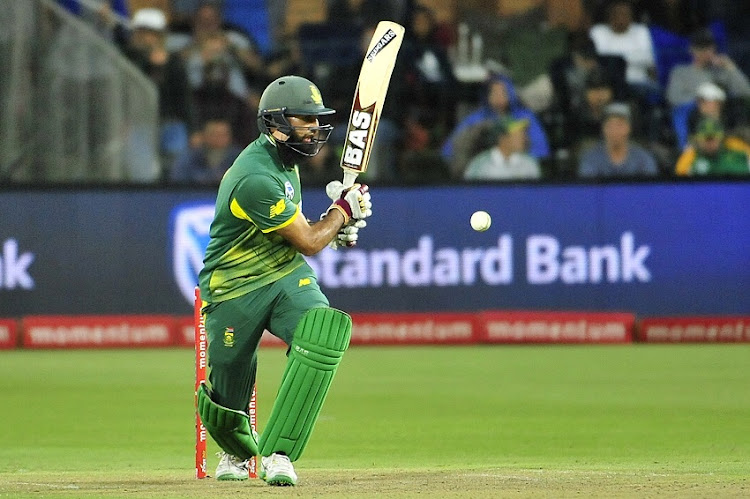 Hashim Amla of the Proteas during the 2018 Momentum One Day International Series game between South Africa and India at St Georges Park, Port Elizabeth on 13 February 2018.
Image: Deryck Foster/BackpagePix

Hashim Amla says South African cricket will in future reap the handsome rewards of the investment they have made in rising star Aiden Markram.

He will be in charge against in the final encounter at SuperSport Park on Friday while JP Duminy will captain the side in the subsequent three-match T20 series which starts at Wanderers on Sunday.

“I have been very impressed with how he goes about his business on the field because he is composed and he has a good idea of what he likes‚” said Amla in Centurion on Thursday afternoon.

“Obviously as a captain if you don’t score runs the first thing it gets attributed to is the captaincy.

"It happened to me but he is still young at international cricket and this is a great opportunity for him to captain the senior national team.

"I am sure he has learned a lot from batting and captaining at this level.

"He will only get better because he is a world class player.

"He got starts in this series and did not go on to score big‚ but I have no doubt that over time he will get better because he is a quality player.”

Amla admitted that the top order has not managed to put together decent partnerships and score big.

He conceded that they struggled against the Indian wrist spinners as he tried to identify what has contributed to their struggles in the series.

“The top six has not managed to score big hundreds‚ clicked or get the momentum‚" he said.

"We have managed to get decent starts but their spinners have bowled well and they have been better.

"We also missed the influence of Du Plessis‚ Quinton de Kock and AB de Villiers‚ who were not available at some stages of the series.

"Faf has been a brilliant captain and one of our most consistent performers in this ODI team and it has been a huge loss not having the guys around.

"But in saying that‚ it has given opportunities to other guys on the peripheries with the vision of the 2019 WC.”