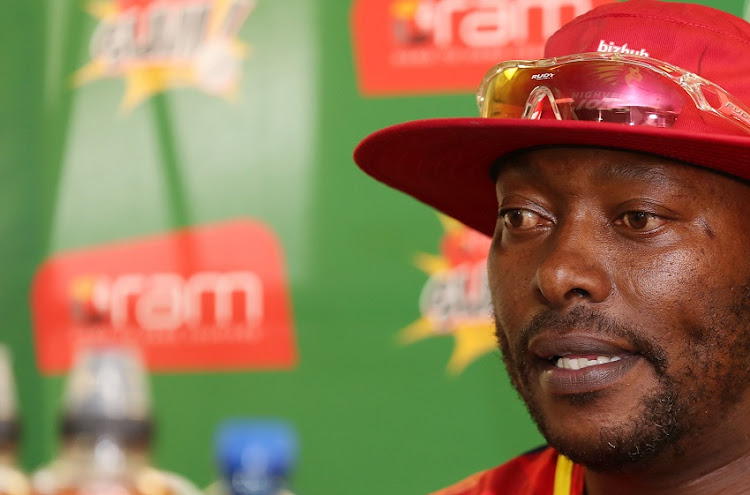 The future of Highveld Lions coach Geoffrey Toyana will be on the agenda when the Gauteng Cricket Board (GCB) meets on February 18‚ chief executive Greg Fredericks has confirmed.

Toyana‚ who is the only domestic black African coach‚ has come under intense pressure at the Lions as the franchise has failed to win a trophy over the past few years. He has also reportedly lost the change room.

“He has been unfortunate over the last few seasons but he has a year left on his contract with us and our board is sitting on the 18th to deliberate on the whole system‚" Fredericks said.

There is 19 year-old all-rounder Wiaan Mulder knocking hard on the door and he was called up to the Proteas squad for ODIs against Bangladesh last year to replace injured Wayne Parnell‚ even though he did not play.

Fredericks said the board would look at the whole system at the franchise and they are worried about the ongoing pattern where they lose players to rivals Titans.

“If you look at all the franchises this year‚ there were seasoned professionals who carried them and our average age is about 26 years‚" he said.

"That is a lot of experience and we must look at it from that point of view.

"All those things will be considered during the board meeting next week.”

He said that they are disappointed at the lack of success in recent times and it has taken a strain on the commercial side of things.

“I will be very disappointed if my board is not concerned about the results of the recent past because we want to be a winning province‚" Fredericks said.

"This has put a strain on us on the commercial side of things and we must look into what can we do.

"It is a concern that players are leaving us to other franchises‚ we want to be a franchise of choice where people want to come to us.

"At some stage we had people wanting to come to us but if you look at a number of players we have lost to the Titans‚ we are not happy about that.

"This happened in the past with Graeme Smith going to the Cobras.”