Markram will captain Proteas after only two ODIs 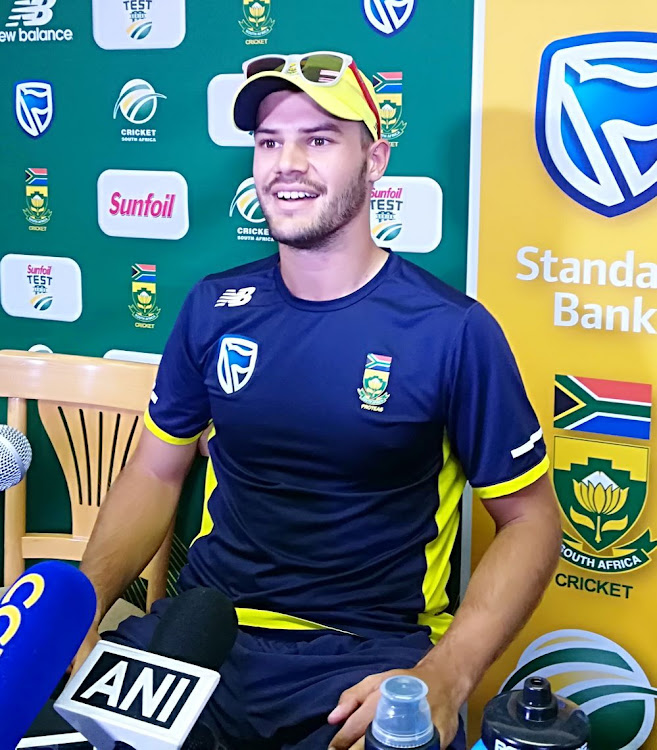 The Proteas’ team management have looked towards the future by appointing 23-year old batsman Aiden Markram to captain South Africa for the remainder of the ODI series against India.

He will lead the Proteas team in the remaining matches to take place in Centurion on Sunday and in Cape Town‚ Johannesburg‚ Port Elizabeth and again in Pretoria over the next two weeks.

Markram‚ who has only played two ODIs against Bangladesh and India‚ takes over from Faf du Plessis who has been ruled out for six weeks due to a finger injury he sustained in Durban on Thursday.

In explaining the decision‚ Cricket South Africa (CSA) convenor of selectors Linda Zondi said they went for Markram because they want to expand a pool of leaders in the team in accordance with their Vision 2019.

“Part of our plan is to make sure that we look at Vision 2019 where we want to develop young leaders and Aiden fits exactly in what we are trying to achieve‚” Zondi said.

“He is new to our setup but he has always been in our plans since he was the Under-19 captain right up to South Africa A.

“There will be pressure in terms of understanding his role and performing as a player‚ but we want to see if he can take that pressure.”

Markram‚ who is establishing himself as opening partner to Dean Elgar in the Test side‚ said he would rely on advice from senior players like Hashim Amla‚ JP Duminy David Milller and Morne Morkel dealing with the inevitable pressure.

“It’s a big honour‚ as a little boy you dream captaining your country‚” Markram said.

“Unfortunately Faf will not be playing and that is a huge blow for us.

“On Friday night I got the sense that the decision was leaning towards me to take the team forward in this series and I was officially told on Saturday morning.

“It is something you can’t take for granted but I really enjoy captaining.”

Captaincy is about taking tough decisions and one of the key decisions facing Markram will be how to fill the void left by Du Plessis in the batting lineup‚ whether to give Khaya Zondo his ODI debut and whether to use spinner Tabraiz Shamsi.

“It will make sense for myself to go up to three where Faf usually plays because I have spent most of my career opening the batting‚ but from there onwards we are not sure yet‚” the new captain said.

“It is a temptation to use Tabraiz because has been good on the domestic scene and that’s a discussion that will take place during the selection meeting. It is there and something to talk about for sure.”

Indian top order batsman Anjikya Rahane said the travelling team have put their impressive victory over South Africa on Thursday in Durban behind them and are looking ahead at this clash.

“We are confident and we want to start from zero because whatever happened in Durban is in the past and we live in the present‚” he said.

“Teams like South Africa‚ Australia and New Zealand have a good attack in world cricket and I enjoy facing the challenges from their fast bowlers.

“When you play in South Africa against this type of attack you know that you are up against it‚ and we are not taking them lightly because they will want to come back very strong in the second match.”