Wanderers pitch 'one of the toughest I've played on'‚ says Amla 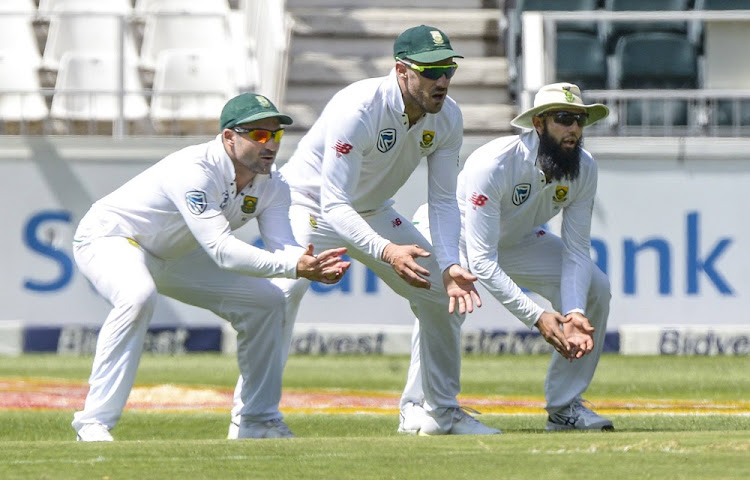 Hashim Amla believes that the third test between South Africa and India at the Wanderers Stadium in Johannesburg is evenly balanced and anything can happen on day three.

India resume on the third day on Friday morning with a slender second-innings lead of 42 runs but they still have nine wickets in the bank including that of talismanic captain Virat Kohli‚ the only batsman to score a century in this series.

Speaking at stumps of day two‚ Amla‚ who scored a gritty 61 off 121 balls in South Africa’s first innings before they were bowled out for 194‚ said the bowlers and fielders need to be at their best to stop India from running away with the match.

“I think the match is still evenly balanced‚ they are just over 40 runs ahead and anything can happen in the morning. If we have to chase 300 on this pitch it’s fine‚ and we will do our best to get there‚” he said‚ adding that the spicy Wanderers pitch has been a challenge for batsmen.

“It is probably one of the toughest I have played on. Recently I played in England and there were a couple of tough wickets there but this one has a lot of pace and bounce.

“It is a spicy wicket and we can’t hide from the fact that you can get out every ball‚ and it is challenging as a batsman. It is difficult to bat and whether it is too excessive or not‚ if you ask the batsmen what they think they will say.

“I always tell the guys that it is a bowler’s game but the wicket has been tough and it is nice that we came here 2-0 up. There is nothing we can do about it – we will try to do our best.”

India fast bowler Jasprit Bumrah‚ who took this maiden five-wicket haul in his third match‚ said he is pleased with the contribution he made to the team.

“It was always my dream to play Test cricket and to get my first-five wicket haul. This is a total new experience for me and these kinds of wickets there is a temptation to get carried away‚” Bumrah said.

“When so much is happening‚ you tend to get excited and try to do too much. The advice in the bowlers’ meeting was to stick to basics‚ stick to disciplined lines and you will get wickets.

“We are happy with the start because every run is crucial and both sides know that. Hopefully we will capitalise on the lead we have built.

“I am not thinking about bowling in the second innings yet – we will think about that when the time comes.”