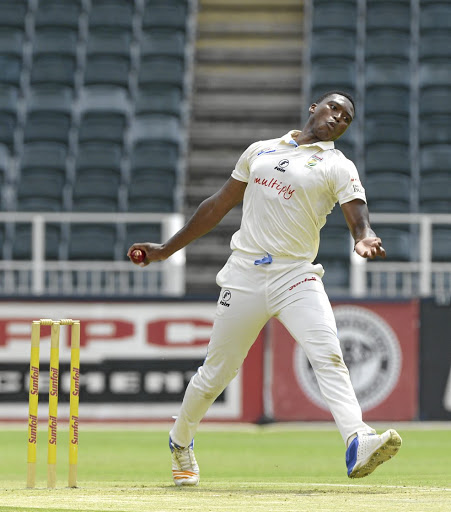 Lungi Ngidi, who relocated from KwaZulu-Natal to play for the Titans, has been called up to the Proteas.
Image: GALLO IMAGES

Former Titans and Dolphins all-rounder Pierre de Bruyn, who recruited Lungi Ngidi from Hilton College to Tuks Cricket Club almost five years ago, hopes to keep his emotions in check if the fast bowler makes his debut in the second test against India at SuperSport Park, Pretoria, starting on Saturday (10am).

The 21-year-old Ngidi, who played three T20s for South Africa against Sri Lanka last year, was called up to the Proteas squad by coach Ottis Gibson this week. "If he plays in his first test match on Saturday, I will definitely be the happiest man inside the stadium and probably a little bit emotional," De Bruyn said.

"He has come a long way since he was a little kid.

"I am abundantly happy for what he has achieved in a short period of time and I believe that he has a lot to offer because he is a special talent and a humble human being."

De Bruyn said he found out about Ngidi from former Zimbabwe all-rounder Neil Johnson who was working at Hilton College where the Titans bowler was on a scholarship. "I made a lot of effort to convince him to move out of the province because he was not willing to leave KZN.

"Ultimately he agreed to come down to Pretoria and like they say, the rest is history."