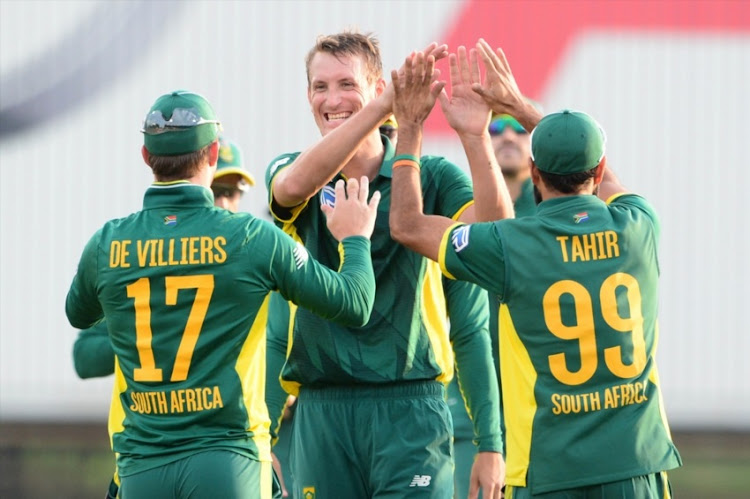 South Africa kept things simple on Friday when they named an almost unchanged squad for the first test against India.

The addition of Chris Morris is the only variation from the squad that thrashed Zimbabwe by an innings at St George’s Park on Wednesday‚ wrapping up what was scheduled as a four-day‚ day/night test inside two days.

Morris was withdrawn from that group with a groin injury and replaced by Duanne Olivier‚ and his recovery has allowed him to reclaim his place.

All good‚ but the selection of South Africa’s XI could be complicated by questions over the fitness of Faf du Plessis‚ Quinton de Kock and Dale Steyn.

Du Plessis and Steyn missed the match in Port Elizabeth with viral infections while De Kock pulled up with a hamstring strain while batting.

They now have a week to bounce back before the first match of the highly anticipated series against India starts at Newlands next Friday.

India are the top-ranked team in the game with South Africa their closest rivals‚ and although even a 3-0 triumph by the home side won’t close the gap there will be plenty of attention focused on both teams’ performance.

South Africa have won all three tests they have played this summer‚ but their other opponents were also minnows: Bangladesh.

India have reeled off nine consecutive test series victories‚ but that achievement can’t be taken seriously because only one of those rubbers was played outside the subcontinent. And that was on the equally slow surfaces of the Caribbean.

The key contest in the coming series‚ then‚ will be between India’s apparently illustrious but rarely challenged batting line-up and South Africa’s battery of crack fast bowlers.