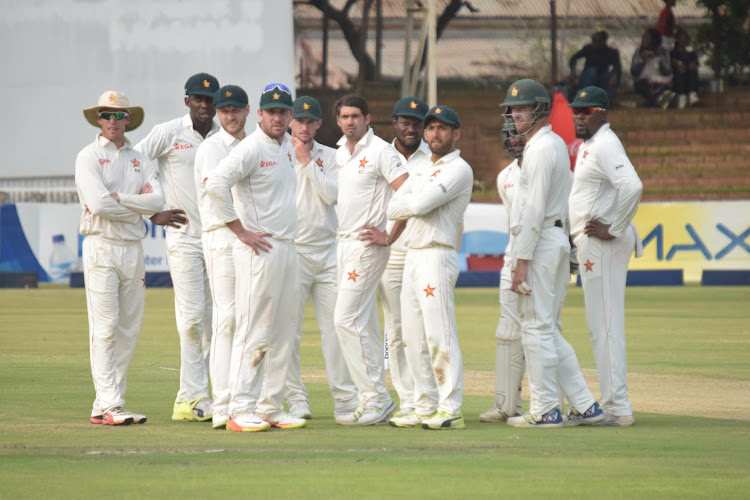 As the minutes ticked away to Kyle Jarvis letting fly the first pink ball of the match to Dean Elgar at St George’s Park on Tuesday‚ two men sat in chairs under an umbrella in front of a village of food stalls erected in the parking lot in the no-person’s land between the Graeme Pollock Pavilion and the Grandstand.

Neither of the men seemed interested in the imminent start of the first match in the format‚ in almost 141 years and 2 190 games of test cricket‚ that was scheduled for four days and as a day/nighter.

Instead their eyes and attention were focused downward onto the table between them as they were playing chess‚ earnestly and with little regard for what was happening all around.

Is day/night cricket going to revitalise attendances and interest in tests?

The two men didn’t seem to think so.

The queue that snaked outside the gates behind them argued otherwise‚ as did the stream of spectators who headed past a smorgasbord of aromas — Asian‚ Middle Eastern‚ German sausages‚ burgers‚ coffee — to make it to their seats in time to help sing the national anthems.

An hour into the action there were 4 400 people in the ground.

Or more than 2 000 fewer than the total of 6 557 who saw the first day of the last test South Africa played here‚ against Sri Lanka exactly a year ago.

Make that 4 400 and counting: more than an hour after the start of Tuesday’s match the queue still snaked outside the gates.

Not that the total for the match will be anywhere near the 123 000 who piled into Adelaide Oval over the three days Australia needed to beat New Zealand in the inaugural day/night test in November 2015.

Which is in danger of being dwarfed by the total crowd who turn up to watch Australia and England in Melbourne.

But‚ with the sun shining as brightly as the wind was gentle‚ a good day to go to the beach‚ a sizeable number of Port Elizabethans thought it was a fine day/night for cricket at St George’s on Tuesday.

Some will say they paid good money to watch and be part of heresy‚ and that at the ground where the first match in cricket’s sacred format was played in South Africa almost 128 years ago.

That game‚ between South Africa and England‚ wasn’t played with a pink ball and not a floodlight was in sight.

Neither were television cameras‚ the decision review system nor an outfield cluttered with advertising.

But it was scheduled for three days and played on a matting pitch.

“… since test cricket was played in 1877 there have been significant changes‚ covered pitches‚ day limits‚ fielding restrictions‚ introduction of helmets‚ change of ball‚ etcetera.”

Indeed. And cricket isn’t the only game susceptible to change‚ these days even computers play chess.

The top five coaches in SA cricket‚ and why

They’re the people who will be blamed for what goes wrong even though they’re on the other side of the boundary and ignored when it goes right.
Sport
4 years ago

AB de Villiers's motivation for returning to test cricket is to help Proteas regain the number one position.
Sport
4 years ago

Proteas coach Ottis Gibson is relishing the opportunity to pick his aces from a full deck ahead of the historic day-night pink ball cricket test ...
Sport
4 years ago

Cricket South Africa (CSA) have not decided to mount an independent investigation into the T20 Global League (T20GL) saga.
Sport
4 years ago
Next Article