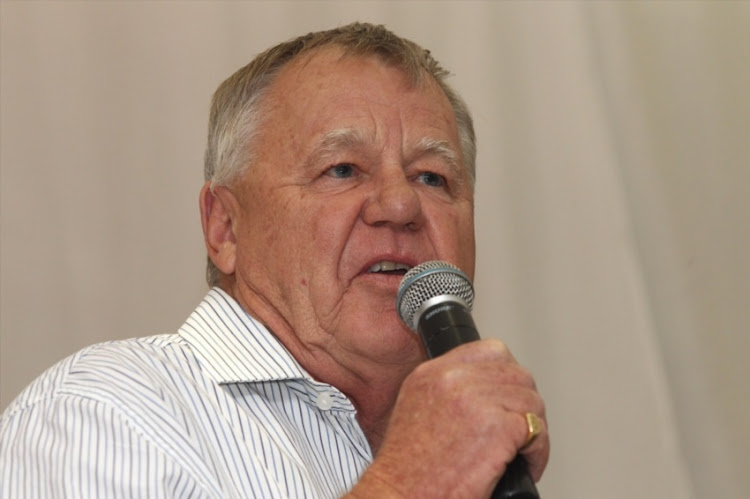 Yet there he is at a bookshop near you‚ beaming brightly from the cover of‚ “Caught in the middle: the autobiography of Mike Procter.”

But also perhaps because Procter’s cricket career extended far beyond what he did as one of its most stellar players.

He was South Africa’s first post-isolation coach and has been a commentator‚ a convenor of selectors and a match referee.

Now 71‚ Procter hasn’t been involved at any noticeable level for years save for a few forays‚ at the sharp end of the camera‚ into video punditry.

But it will surprise no-one who knows him should he pop up in some significant role in future.

He is a man of cricket as much as cricket is a part of this man.

The book‚ which rings true with Procter’s good-natured‚ straightforward manner‚ was written by Lungani Zami‚ who is among the most erudite of South Africa’s younger cricket journalists.

It covers all aspects of Procter’s time in the game and doesn’t duck when the going gets messy.

Like it did during at the Sydney Cricket Ground in January 2008‚ when Harbhajan Singh was alleged to have racially abused Andrew Symonds.

The saga went back and forth and‚ as is so often the case in these matters‚ fact become irrevocably detached from fiction.

It’s hard not to empathise with Procter‚ who was the match referee — not only because of the whorls within whorls that stained the issue with bumptiousness and absurdity‚ but also because through it all he had to deal with easily the most arrogant teams in cricket.

Procter’s frank and forthright retelling of the incident and its fallout only reinforces that opinion.

He was also in the thick of the bomb blast that rocked Karachi during New Zealand’s tour in 2002‚ and Pakistan’s walk-off at The Oval in 2006.

And all that after he had been a member of the lost generation of white South African players whose careers were stunted‚ but not nearly as much as the many generations of black players who came before and after Procter’s time.

He wouldn’t be human if he didn’t wonder what might have been‚ but Procter clearly knows he got the better end of the deal compared to his black compatriots.

“It must have been hard to believe that a team that was still almost exclusively white was representing a nation with a rich diversity of people — with white people being in the minority‚” he writes in the chapter on South Africa’s first trip to the World Cup in 1992.

Such sensibility has served Procter well over the years‚ and set him apart from contemporaries who have spent too much of the ensuing years exposing their entitled bitterness over what they consider the theft of their international careers by politics.

It’s all there in the black and white of this book‚ which should indeed be judged by its cover.

Next to the photograph of the older‚ smiling Procter is another of him at the moment of delivery.

That famously unorthodox action has reached its zenith: his left leg looks like it’s about to crumple beneath him‚ his left arm is a pathetic squiggle‚ and his awkwardly angled upper body is a study in how to cause yourself years of pain.

The unleashed ball is captured a centimetre or five above all that incorrectness.

It’s shine tells us its new‚ and its proud seam is as upright as it is possible for the seam of a cricket ball to be. Michael John Procter has spent 71 years getting the big things right‚ and bugger the rest.

This book confirms that‚ however many more years he has left‚ that won’t change.