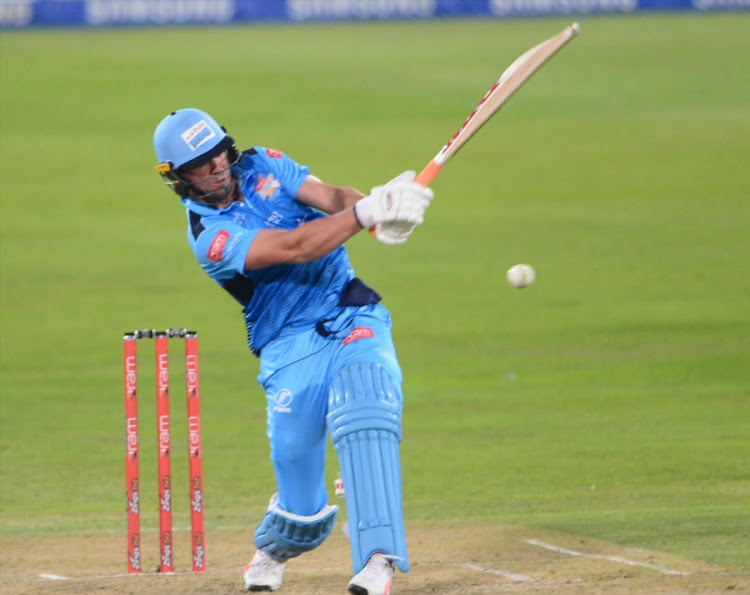 Lions coach Geoff Toyana will have the hardest job in cricket at the Wanderers on Wednesday: find a way to beat the Titans.

Halfway through the league stage of this season’s T20 competition the closest the Titans have come to losing was in Benoni on Friday‚ when their game against the Dolphins in Benoni was washed out.

So‚ is Toyana praying for rain? Not a bit of it.

“We’re playing at home‚ and we always play good cricket at the Wanderers‚” Toyana said on Monday.

But the Lions have lost three of their five games — one of which was an eight-wicket thumping by the Titans at Centurion on November 12.

Theoretically the Titans can still be caught at the top of the log‚ but the 21 points they have piled up is more than double that earned by the second-placed Dolphins.

And‚ unkind though the thought is‚ you have to wonder whether the Durbanites’ three washouts is a factor in their success.

That and keeping the opposition guessing.

“We’re like France [in rugby] and Pakistan [in cricket]: we’ve got multiple personalities.”

“They’ve made three or four changes every game‚” Toyana said‚ sounding almost envious at the notion of such luxury.

But that’s what happens when you are able to field an XI studded with AB de Villiers‚ Quinton de Kock‚ Farhaan Behardien and Dean Elgar.

So much so that the Titans haven’t felt the injury-enforced absence of players of the calibre of Faf du Plessis‚ Morne Morkel and Chris Morris.

They also haven’t complained about Dale Steyn quietly exiting the tournament after three games to concentrate on his match fitness for the longer formats as he continues his comeback from a serious shoulder injury.

But it’s part of Toyana’s job to stay positive‚ and he wasn’t about to concede superiority to the boys in blue.

“I believe I’ve got the best bowling attack in the country and we can push them‚” he said.

A key member of that attack is Kagiso Rabada‚ who would seem to be leading by example on and off the field.

“His presence in the dressingroom has been exemplary‚” Toyana said.

Rabada is the tournament’s leading wicket-taker with eight scalps at a not too shabby average of 15.37 and economy rate of 6.7.

Thing is‚ he might need to take all 10 for none if the Lions are to beat the Titans at the Wanderers on Wednesday.

Failing that‚ pray for rain.

It’s an old joke heard wherever cricket is played‚ but these days it seems to be told more often in Durban than anywhere else: if you want rain‚ ...
Sport
4 years ago

Remember cricket in this country? Meaningful‚ relevant cricket that is. The last evidence of the stuff was on October 12‚ 2016‚ the day South Africa ...
Sport
4 years ago

In what can only be termed as an interesting turn of events‚ courier service company Ram Hand to Hand Couriers are back on board as the title sponsor ...
Sport
4 years ago
Next Article