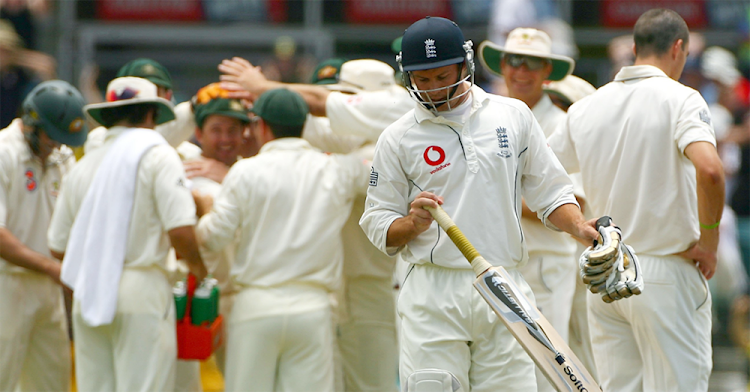 The Ashes series has returned to Australia.
Image: Supplied/Betway

The Ashes has returned to renew the fierce rivalry between the Australia and England teams in a five-venue series across Australia between November 23 2017 and January 8 2018.

For England Test captain Joe Root, this is the first Ashes series against his country’s old rivals.

Former England wicketkeeper Geraint Jones had a few words of wisdom to share with his former team mates as they prepared for one of the most popular Test series for these two countries.

“You get the feeling the whole country is against you,” he said. “You know it from the minute you get there. If you get a cricket fan at passport control, then there’s a good chance you’ll have a comment made to you.”

With challenges such as bouncy pitches, high-pressure matches, media scrutiny and cabin fever, an Ashes tour down under can be a brutal experience for the visiting team.

Jones, who was part of the first England team in 20 years to arrive in Australia as holders of the Ashes, said Australian fans were tenacious and could be brutal when it came to supporting their country.

“Playing in Australia, you know that you are going to hear them pretty much every ball, and pretty loudly. When you're on strike, it’s your turn to get it.”

He said some fan insults even related to a player’s body shape or his wife’s fidelity. But jokes and barbs aside, it’s all a part of the game, he added, and players should not take it personally.

“I remember Graeme Smith called me Peter Schmeichel for pretty much the entire tour of South Africa,” he laughed, “because he thought I’d be a better goalkeeper than wicketkeeper.

“I think that’s what people probably don’t realise. The chat you get in the middle of an international is never particularly personal. It is more to put you off your train of thought and get you thinking, ‘I need some runs. They’re probably right, I need a good score here’ – and then, before you know it, you’ve chased a ball that you would have left if you were feeling a bit more relaxed.

“But I just laughed at it because that was my nature and my way of dealing with it. I tried to use it to focus me and think, ‘I'm going to stick two fingers up to these guys and show everybody that I do deserve my spot.’”

This article was paid for by Betway.

Australia fought back with two late wickets to restrict England to 196 for four and leave the Ashes series-opener in Brisbane delicately poised on ...
Sport
4 years ago

England return to ‘Gabbatoir’ to face their demon

England’s Ashes debutants face a baptism of fire in Thursday’s opening test at the Gabba, where four years ago the tourists’ batsmen crumbled under ...
Sport
4 years ago
Next Article